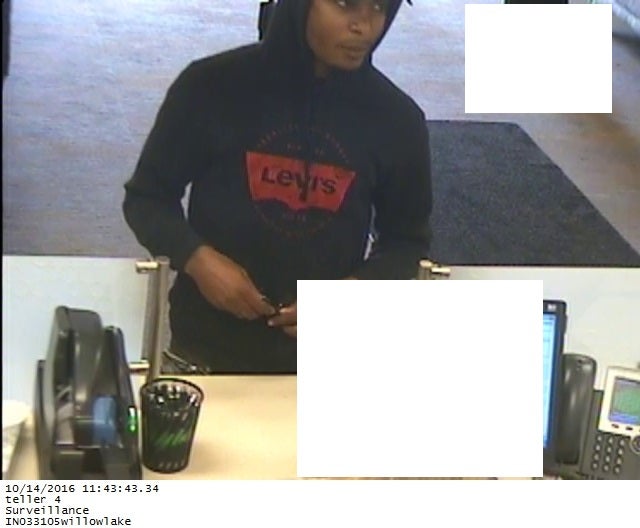 INDIANAPOLIS (WISH) – Detectives with the Indianapolis FBI Safe Streets Task Force are asking for the public’s help in the search for a bank robbery suspect.

According to the Indianapolis Metropolitan Police Department, the robbery occurred around 1:45 p.m. Friday, Oct. 14 at the Chase Bank located in the 1300 block of West 86th Street.

Police said that a black male between 20-25 years old walked into the establishment, implied that he had a gun and had a written demand for money.

The bank teller then complied with the demand and gave the suspect an undetermined amount of money.  At that time the suspect fled the scene on foot heading south.

The suspect has been described as a black male between 20-25 years old, with a slender build and standing 6’1″.  At the time of the robbery the suspect was wearing a black hooded sweatshirt, blue jeans, sunglasses and black baseball cap.