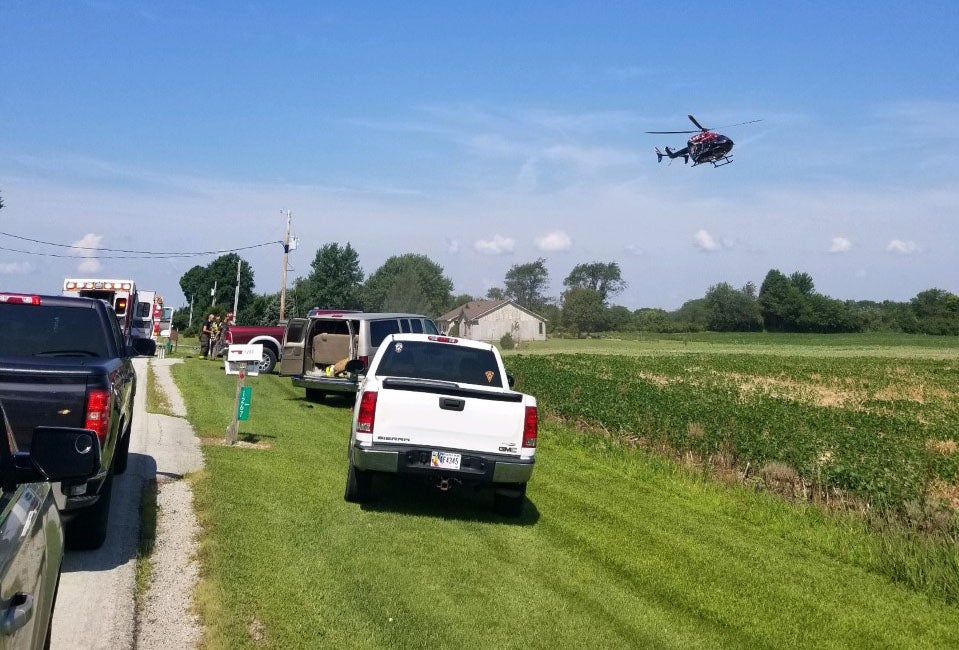 EDEN, Ind. (WISH) — Authorities in Hancock County are searching for the person involved in a hit-and-run crash that left a bicyclist critically injured Friday morning.

According to the Hancock County Sheriff’s Office, Terry Huff, 67, of Anderson, was riding his bicycle west along State Road 234 when he was struck by a vehicle from behind sometime before 10:25 a.m. That’s about six miles north of Greenfield.

Huff was found laying in a ditch by another driver and police were called to the scene.

Authorities say Huff was critically injured, adding that “his helmet likely prevented him from dying at the scene.” Huff was also wearing a high-visibility protective vest at the time of the crash.

It is unclear how long Huff was in the ditch before he was found and later flown to IU Health Methodist Hospital in critical condition.

Evidence collected from the scene indicated Huff was legally riding with traffic near the white fog line when he was struck.

Investigators believe the suspect vehicle is a white or black Ford F-250 or larger truck with extended tow mirrors and is newer than a 2017 model.

The truck will have damage to the front passenger side headlight and mirror.

If you have any information about the incident you are asked to call the Hancock County Sheriff’s Department at 317-477-1199.