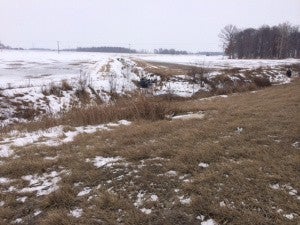 FORT WAYNE, Ind. (WANE) – The body of a missing Fort Wayne man was discovered in a ravine late Tuesday morning.  Investigators said Ronald Paisley, 72, crashed his car at the end of a remote road, just east of I-469 outside New Haven.

Officers on the scene said Paisley’s family reported him missing Monday night, and it was only after his phone was “pinged” Tuesday morning, just before noon, that his body and the wrecked car were discovered.

An autopsy determined that Paisley died from blunt force trauma caused by the crash. His death has been ruled an accident. Investigators haven’t determined if he was wearing a seat belt.

The crash happened on Selma Drive.  It runs parallel to 469, just to the east of the northbound lanes and T’s into Minnick Road from the North.

Signs clearly say – no entrance to 469, no outlet and pavement ending.  Investigators are looking into whether Paisley missed those signs and crashed his car into the ravine where the road dead-ends.