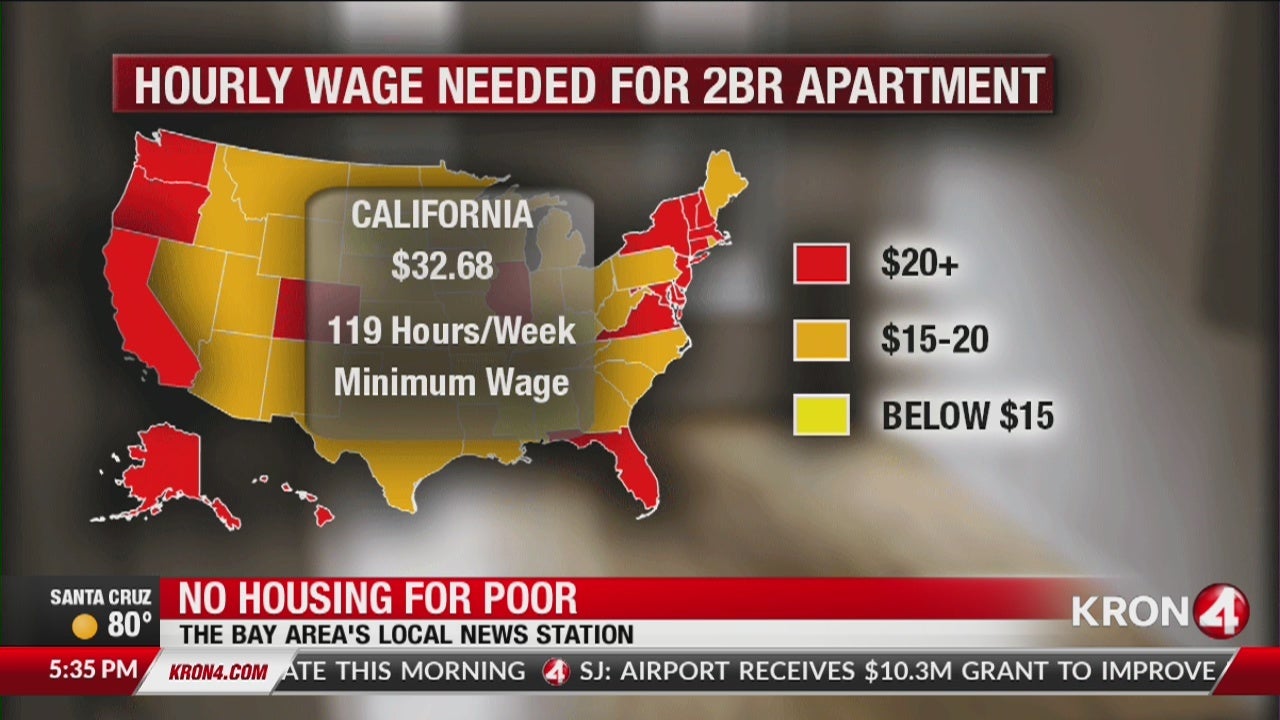 SAN FRANCISCO (KRON) — Retail salespeople, maintenance workers, restaurant employees — millions of Americans are struggling to get by in low-paying jobs.

Affordable housing is a big challenge.

Minimum wage earners can no longer afford rent on a two-bedroom apartment anywhere in the country.

The report comes from the National Coalition For Low Income Housing, which says only a handful of states offer affordable housing for people making less than $15 an hour.

The problem? Even the lowest amount is higher than the local minimum wage.

For example, in Arkansas, you only need to earn a little over $13 for a typical 2-bedroom apartment.

But that’s still almost double the Arkansas minimum wage of $8.50.

In California, the gap is even greater.

You can afford a typical 2-bedroom apartment if you make just under $33 an hour.

Anyone making that amount would have to work triple shifts of 119 hours a week for a 2-bedroom apartment.

Even for a single bedroom, you’d need to work 93 hours.

The Bay Area’s tight housing market puts us at the top of the list nationally.

In Marin, San Francisco, and San Mateo Counties, you’ll need to make at least $60 an hour — as much as $90 in some zip codes.

In Contra Costa County, where the hourly pay needed for a 2-bedroom apartment ranges from $38 in Richmond, Martinez, and Antioch, all the way up to $67 in Danville.