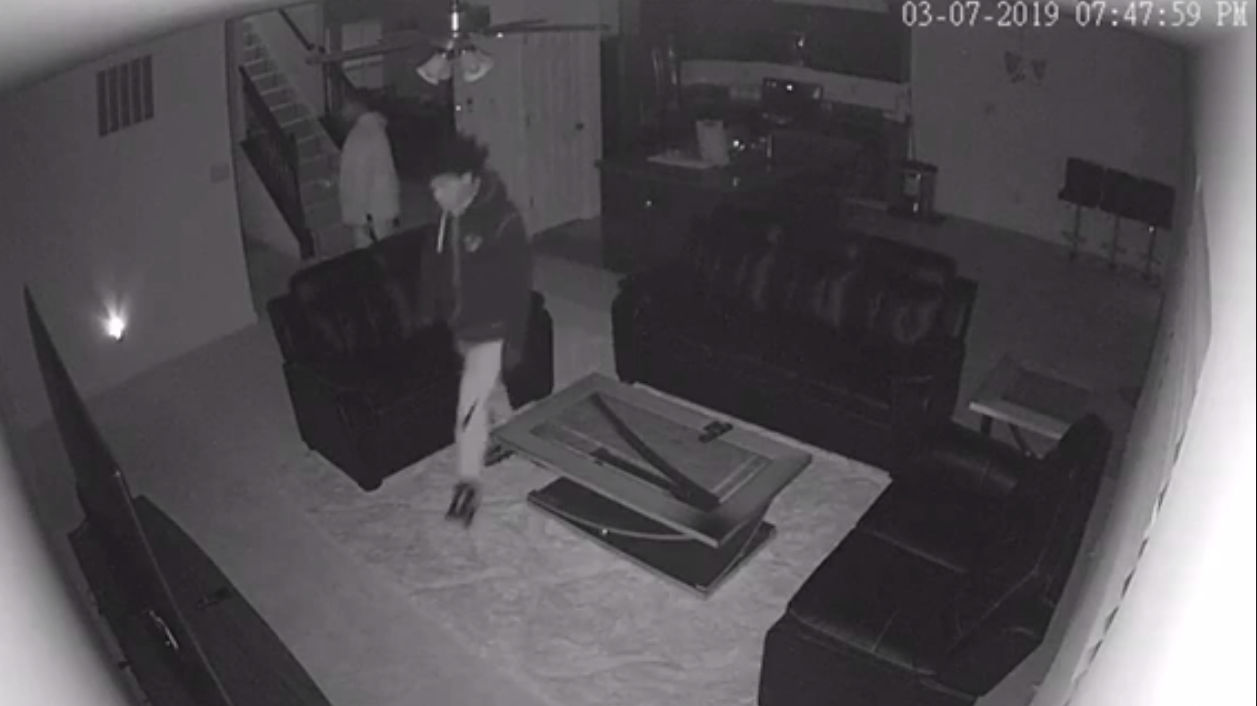 According to the department, two suspects are seen on surveillance video after they broke into a residence on Trefoil Drive in the Settlement subdivision on March 7.

Officers say the suspects can be seen stealing a large screen television and one appears to have a handgun in his possession during the burglary.