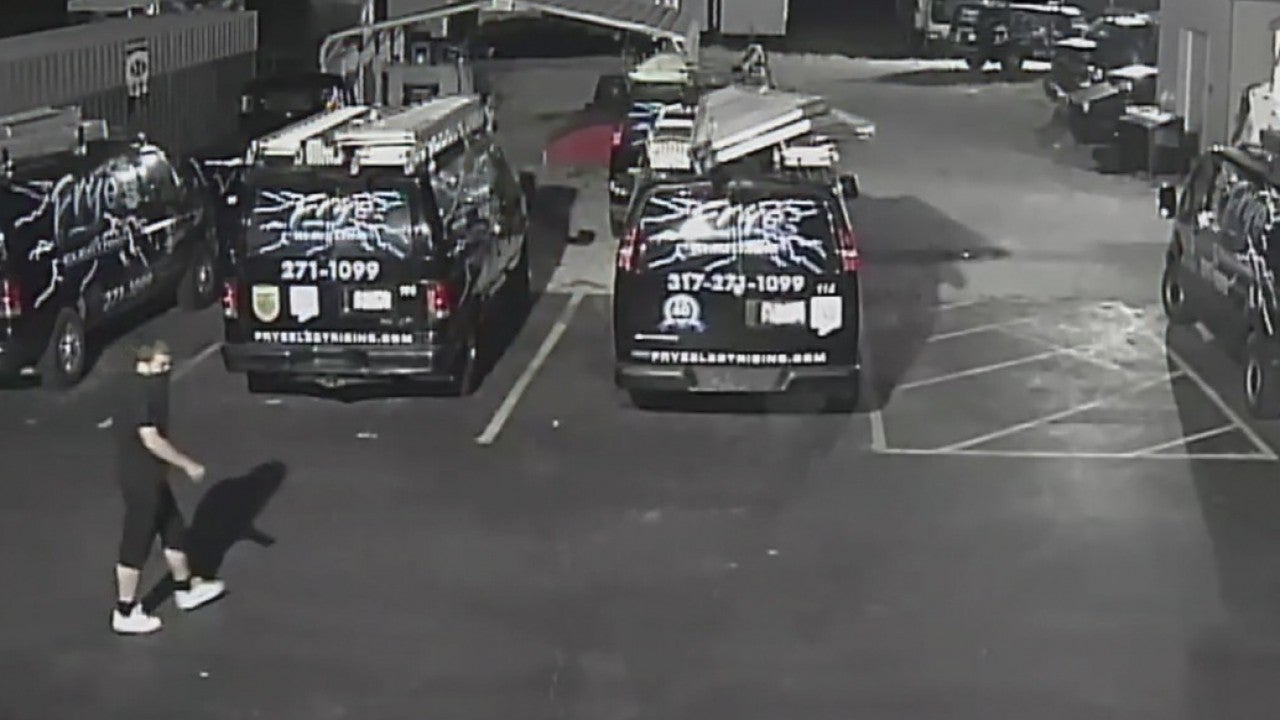 AVON, Ind. (WISH) — An Avon electrical company is now offering a reward of $1,000 for help finding two men who broke into their property, destroyed equipment and cost the business thousands of dollars.

The burglary was caught on camera.

Hal Frye says he’s been president of Frye Electric for more than 40 years and burglaries happen far too often to stores like his. Frye wants to make sure the two suspected burglars are taught a lesson.

Surveillance footage from the store shows two men going through company vans, breaking windows, looking through bins containing copper wire and more. The thefts and damages resulted in over a $10,000 loss per visit for the store and a lot of problems for employees.

“Unfortunately the tools, they’re stealing my employees’ tools,” Frye said. “They can’t work the next day. It affects all the families. It’s a bad situation that we want to put a stop to right away.”

The store was robbed in May, so Frye decided to look at the footage from that incident and compare the two. He noticed something similar between the burglaries.

“One of them has a tattoo, one of them has the same pair of tennis shoes on both times,” Frye said. “They use the same techniques of breaking and entering our trucks with their hammers and crowbars. That seems to be what the situation is.”

Frye believes the same people were bold enough to strike twice, so he wants to make sure they learn their lesson. He’s offering $1,000 to anyone who can provide information that would help get the suspects arrested.

“I’m going to stand up and take a stand and I want to put a stop to it somehow or another,” Frye said. “I will put a stop to it. Police said they would back me all the way.”

Now, Frye says he hopes the burglars don’t come back, especially after getting the message out, but if they do, he’s got a message for them.

“You’re welcome to come again. We’ll be ready for you,” Frye said.

If you know the two men or have information about who they might be, contact the Avon Police Department right away.