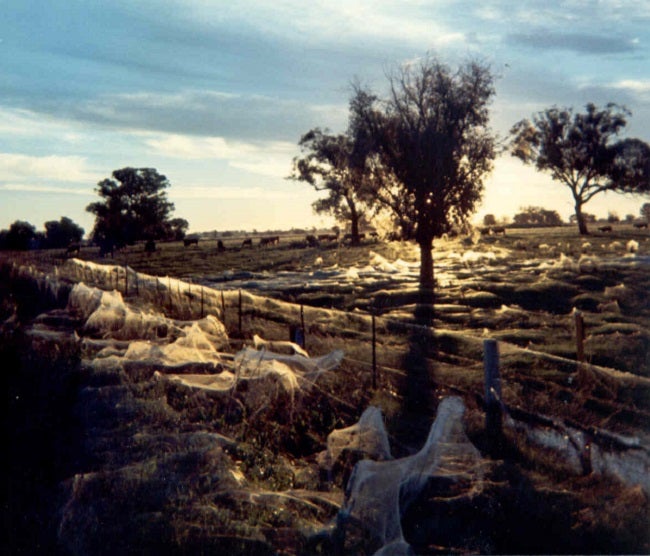 GOULBURN, Australia (WTNH) – Baby spiders raining down from the sky sounds like someone’s horrible nightmare. But it’s the very real reason why a small town in Australia is trending.

According to the Mirror, locals in the town of Goulburn reported the sun being almost blocked out as tiny spiders and webbing rained down on to the town one day.

Goulburn resident, Ian Watson, told the Mirror that the whole place was covered in little spiders and when he looked up at the sun, it was a tunnel of webs going up a few hundred meters into the sky.

“I’m 10 minutes out of town and you can clearly see hundreds of little spiders floating along with their webs and my home is covered in them,” Watson said.

While this seems almost impossible, it is actually not uncommon for some parts of Australia. It is a migration technique called ballooning where spiders migrate to the tops of trees and leap off, using their webs like parachutes.

“You couldn’t go out without getting spider webs on you. And I’ve got a beard as well, so they kept getting in my beard,” Watson said.

According to the Mirror, this technique is why scientist believe spiders can be found on every continent.