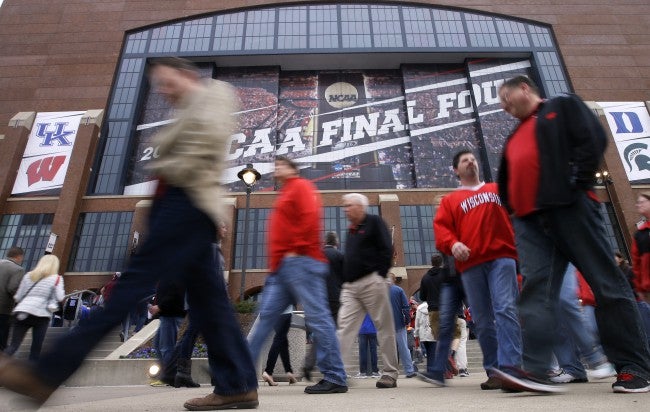 INDIANAPOLIS (AP) – Hundreds of teams. Thousands of games. It all comes down to this.

No. 1 seeds Duke and Wisconsin are meeting at packed Lucas Oil Stadium in Indianapolis to determine this year’s national champion. One of those teams will be cutting down the nets to the tune of “One Shining Moment.”

Both teams have already been out on the court to get some shots up. The Badgers were the first to retreat to their locker room, while the Blue Devils spent a few extra minutes on the raised floor of the indoor football stadium.

Jahlil Okafor, the Blue Devils’ star freshman, put up a bunch of extra free throws. Good idea, because a game between such evenly matched teams could come down to the foul line.

Judging by the crowd already in the arena, most of Madison made its way to the game. There are plenty of blue-clad Blue Devils fans, too.