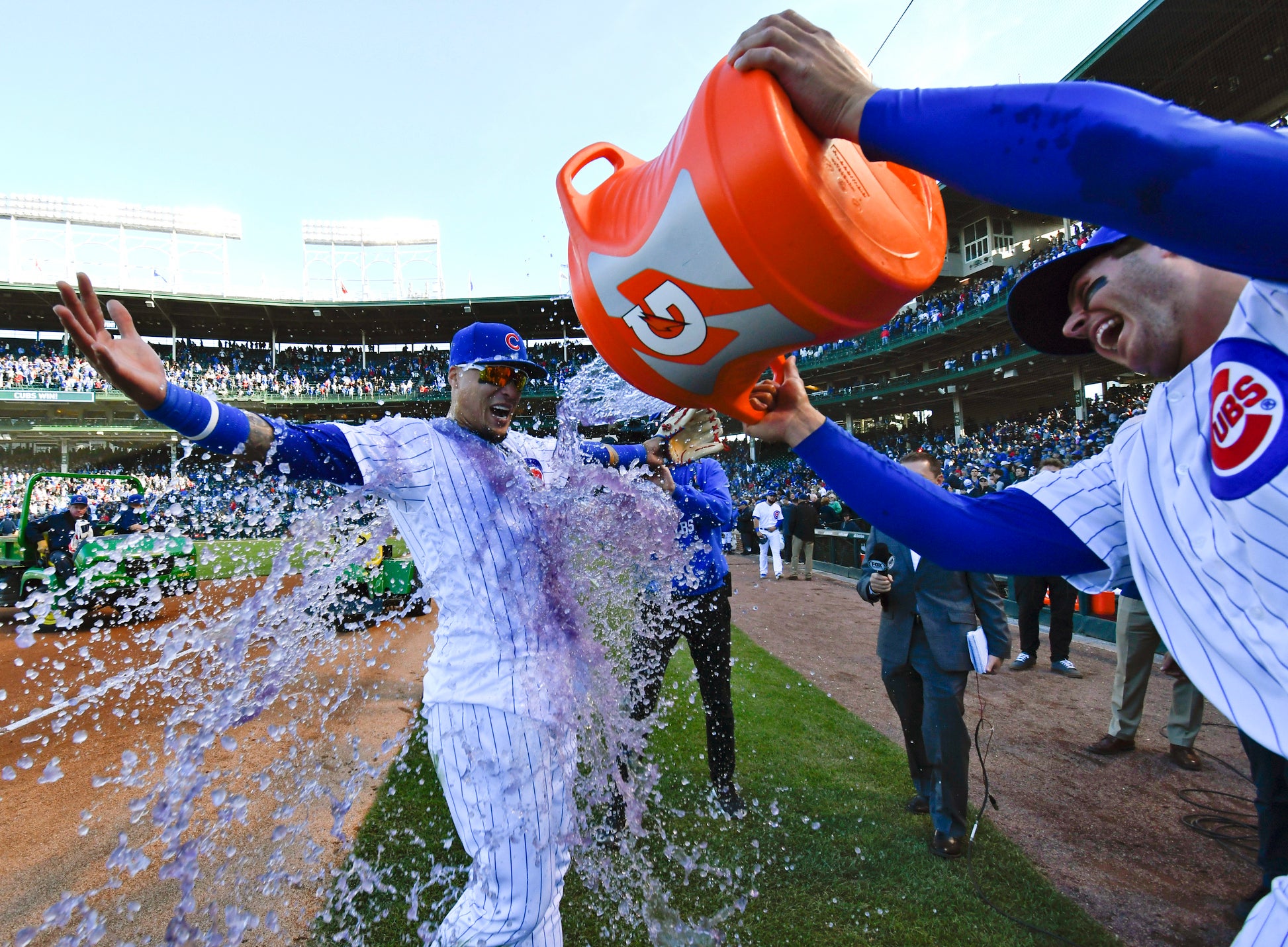 CHICAGO (AP) — Javier Baez led off the eighth inning with a tiebreaking homer, and the surging Chicago Cubs wiped out a four-run deficit to beat the St. Louis Cardinals 6-5 on Saturday.

Baez drove a 2-2 pitch from John Brebbia (1-1) to right for his 11th homer, sending the Cubs to their season-high sixth straight win. Fans chanted “Javy! Javy!” as he came out for a curtain call.

Taylor Davis hit a tying grand slam in the fourth against Michael Wacha for his first career homer.

Brandon Kintzler (1-0) worked a scoreless eighth. Pedro Strop retired all three batters in the ninth for his fourth save in five chances as the Cubs cut St. Louis’ lead in the NL Central to a half-game despite a shaky start by Yu Darvish.

The right-hander threw 81 pitches, just as Kyle Hendricks did in Friday’s four-hit shutout, but was nowhere near as effective. He gave up five runs and six hits while walking five in four-plus innings.

Jose Martinez homered leading off the second for the Cardinals. Wacha delivered in a big way at the plate, tying a career high with two hits, but couldn’t protect a 5-1 lead as St. Louis lost its third straight game.

Wacha doubled and scored in the third, and drove in two with a single during a three-run fourth. His only other two-hit game was at Wrigley Field on July 8, 2015.

But he gave up five runs — four earned — and six hits in five innings.

Cardinals: CF Dexter Fowler was back in the lineup. He pinch hit in the ninth inning Friday after missing the previous three games because of flu-like symptoms.

Cubs: 2B Daniel Descalso left the game because of a sore left ankle. He was hurt rounding first on a single in the first inning and was lifted for a pinch hitter in the fourth. … LHP Mike Montgomery (mild left lat strain) appears close to rejoining the Cubs after throwing six solid innings for Triple-A Iowa on Friday. “It sounds like he’s checked all the boxes,” manager Joe Maddon said. “It’s always about the next day, making sure everything’s cool, and then we’ll make our moves after that. But yeah, it was very encouraging to hear what he did.”