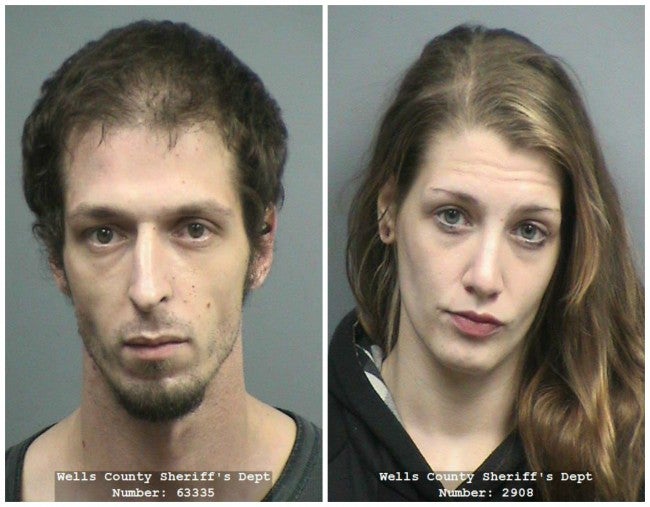 BLUFFTON, Ind. (WANE) – The couple facing a litany of felony charges in connection to the death of a 3-year-old boy whose body was found burned in a woods in rural Wells County appeared in court on Monday.

Breanna Arnold, 21, was the mother of the victim, Owen Collins. Zachary Barnes, 30, is her boyfriend. They both appeared in court on Monday and were formally charged with dealing methamphetamine. Their bail was also raised by $50,000 to $350,000.

The Wells County Coroner is still awaiting toxicology results in the death of 3-year-old Owen Collins, who was found dead in mid-January. Those can take up to eight weeks to process, according to officials.

A 16-year-old is also charged in connection to Owen’s death. A motion to try the teenager as an adult should be decided by mid-May. NewsChannel 15 is not identifying the juvenile or displaying images of the teenager due to his age unless it is decided that he will be tried as an adult.Current charges faced by Barnes and Arnold

Details of the case

Collins’ body was found January 18 by police after he had been reported missing.

According to information gathered by police after interviewing the three suspects, they were all “shooting dope” in their Normandy Drive home that Friday night into Saturday morning. The suspects told police that when Arnold went into the back bedroom on Saturday to check on 3-year-old Owen Collins and his 6-year-old-brother, Owen was dead.

Barnes admitted to police that they would sometimes put “dope in [the children’s] bottles and watch them have fun.”

After finding Owen dead, Barnes said he suggested they get rid of him.

Police were told that before arriving in Marion, the three stopped at a wooded area and Barnes and the teen dropped off the box with Collins in it. Barnes said he then poured nail polish on the box and set it on fire.

Police arrived at the Normandy Drive home around 12:30 p.m. Owen was nowhere to be found. Officers took Arnold to the police station with her 6-year-old son, where she signed consent forms allowing police to search the home.

Meanwhile, Marion Police were asked to help track down Barnes and they were able to locate the car with Barnes, the teenager and the woman who had given them a ride that morning.

The cause of Owen’s death has not yet been determined as the coroner is awaiting the results of toxicology tests.