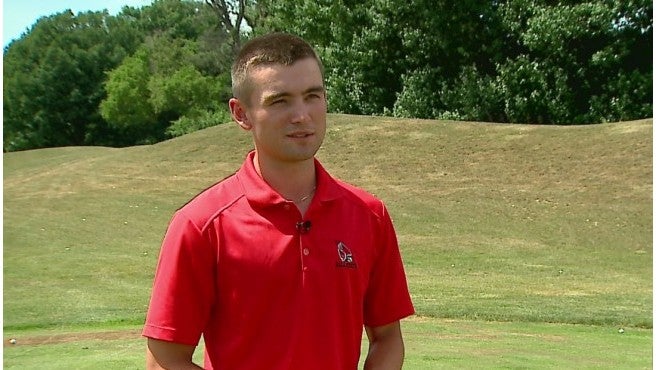 INDIANAPOLIS (WISH) — In a sport that requires great focus, Ball State’s Timothy Wiseman learned from a young age the importance of being patience.

“I think I started playing by the time I was able to walk. I was about three when I first picked up a golf club. I lived right across the street from a golf course so I’ve been able to kind of grow up. It’s been my second home almost,” said Timothy Wiseman.

A second home that’s now providing him with the opportunity of a lifetime. The junior qualified for the U.S. Open, becoming the first Cardinal to ever play in a major championship while still in college.

Wiseman will have the opportunity to play with the best golfers in the world. That has to bring some nerves, right?

“That’s what you live for. I love the big moments, even if you don’t capitalize on them. The more times you’re in that position, the better you are to finally capitalize on one,” said Wiseman.

This marks the first tour event the 21-year-old has qualified for. And while he’ll be rubbing elbows with some of the best in the world up in New York for the US Open, there is one guy in particular he hopes to cross paths with.

“I have to say Tiger. Just all of the tournament’s he’s won, how great he’s been. He kind of started his dominance in the year I was born, 1997. He’s pretty much dominated the game of golf, with the exception of a couple years, for pretty much my whole life. I’d say I’m looking forward to seeing him,” said Wiseman.

“I want to make the cut. I think that’s realistic. But out there, it’s not going to be easy to achieve. I’m challenging myself a little bit by saying that. I do believe in myself that that’s realistic,” said Wiseman.

A dream for most may become reality for Timothy Wiseman.