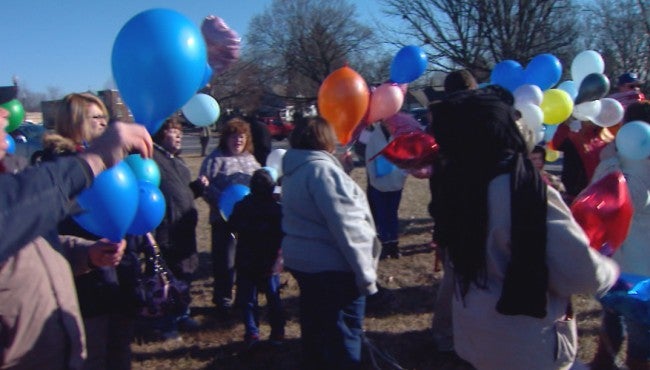 INDIANAPOLIS (WISH) – A balloon release was held this weekend in honor of baby Delano Wilson. He went missing in August, and his father Willie Wilson has since been charged with his murder.

About 100 people were there Sunday in Garfield Park for the release.

Delano was just 6 weeks old when he went missing.

His father told police that he was punched in the face, and pistol whipped and that someone took Delano out of his arms as they were walking.

An Amber Alert was issued, but after weeks of searching, there was still no sign of Delano or the people his father said took him.

Many of the people there didn’t know baby Delano nor his family, but say they wanted to be there for support.

“We were blessed with six kids of our own and it’s kind of sad to see something like this happen,” said Wilson McDonald.

“We are here to remember Delano, that he is just a little baby,” said Bobbi Jo Baldock.

“It’s just really gut-wrenching to think that something like this could happen to a child,” said Gene Collins.

Delano’s body has never been found, but detectives believe he is dead.