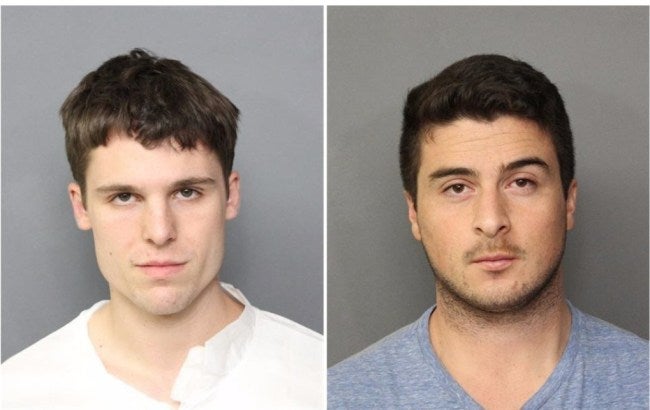 Police got a call around 4:30 a.m. to respond to the Heritage Bank on Granby Street downtown, for a burglary.

Officers discovered two men passed out inside the bank. One of them was naked and there was feces on the floor near them, police said.

23-year-old Samuel Bland and 22-year-old Alex Ronne were charged with commercial burglary and felony vandalism. Police say it appears they were drunk at the time of the incident.