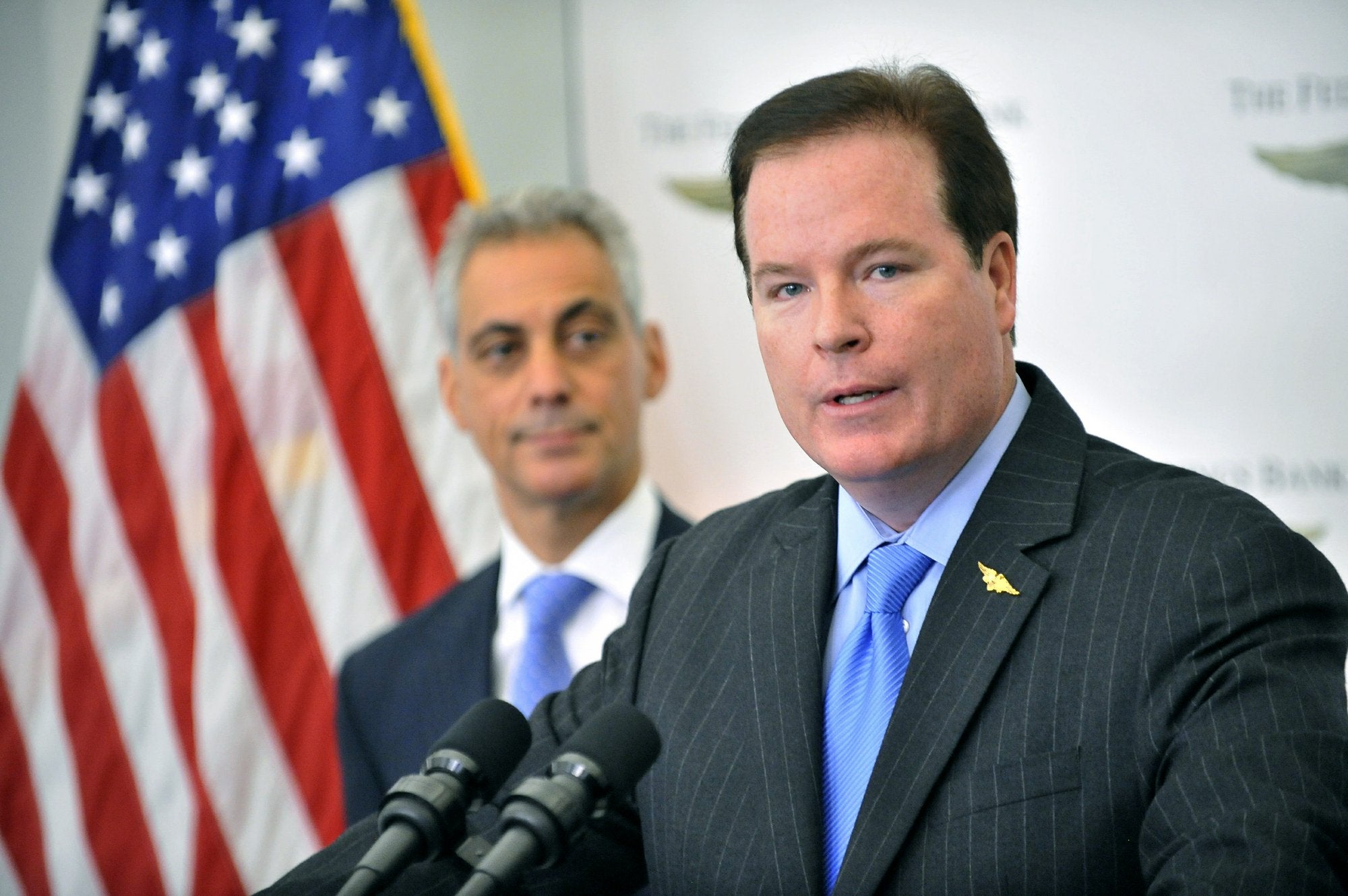 Stephen M. Calk, 54, was scheduled to appear in Manhattan federal court in the afternoon. A message was left with his attorney for comment.

Authorities said Calk committed the crime while serving as CEO of The Federal Savings Bank based in Chicago.

Federal prosecutors described the charge in a release, saying Calk abused his bank position by approving $16 million in high risk loans that were ultimately downgraded.

“His attempt at petitioning for political favors was unsuccessful in more ways than one — he didn’t get the job he wanted, and he compromised the one he had,” Sweeney Jr. added.

Manafort lobbied Trump’s son-in-law, Jared Kushner, to consider Calk for Secretary of the Army, according to emails from the weeks leading up to the 2016 election shown to jurors at Manafort’s tax evasion and bank fraud trial last year.

According to trial evidence, Manafort passed along Calk’s resume to Kushner in a Nov. 30, 2016, email, along with two other names of people he said “should be a part of the Trump administration.”

Manafort wrote that the individuals would be “totally reliable and responsive to the Trump White House.

He also said Calk was “strong in defense issues, management and finance.”

Kushner responded, “On it!”

Calk was formally interviewed for the position of under secretary of the Army in early January 2017 at the Presidential Transition Team’s Manhattan offices, prosecutors noted.

But Calk never got an administration post, though he did approve Manafort’s loans.

Manafort is serving a 7½ year sentence on charges he misled the government over his foreign lobbying work and encouraged witnesses to lie on his behalf. He also faces an indictment in New York charging him with state crimes , including a residential mortgage fraud scheme.