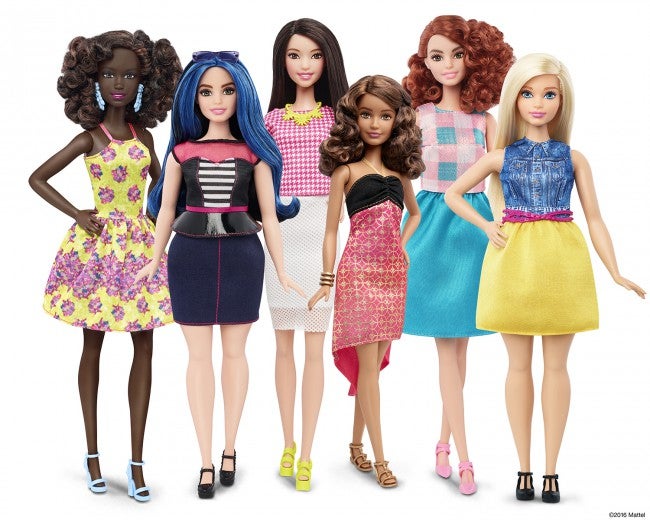 The new lineup includes a curvy Barbie, a tall Barbie and a petite Barbie. The dolls will be released over time throughout the year and will feature seven skin tones, 22 eye colors, 24 hairstyles and other trends and accessories, Mattel said.

Mattel is excited to share the new dolls and give girls more ways to play and share their stories with their imagination. In a video posted on its YouTube site, you can see what inspired the creators to make these new dolls.

One of the girls in the video said, “It’s important for Barbie to look different, like real people in the world.”

Makers of the new dolls say they are glad to introduce the new looks to expand the popular dolls beyond a previously narrow standard of beauty.

According to TIME, the project has been a secret since its inception. Its code name was called “Project Dawn.”

Mattel says this is the most dramatic change to Barbie in her 57 year history.

You can purchase the new shapes online starting Jan. 28. They will be sold in retailers later this year.