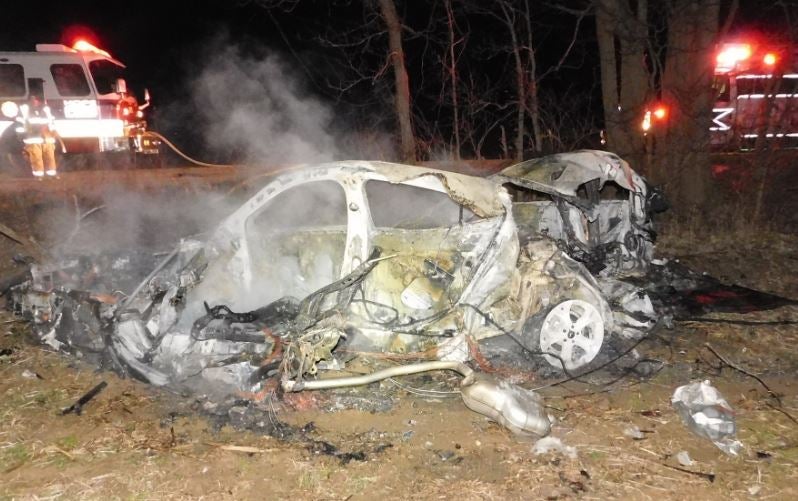 Jesse Jackson, 34, of Hope was driving south on County Road 900 E. north of Schaeffer Lake around 4:30 a.m., according to a media release from the Bartholomew County Sheriff’s Department.

He drove off the west side of the road, crashed into a tree and his vehicle burst into flames, the sheriff’s department said.

Jackson was ejected from the vehicle and later died of his injuries.