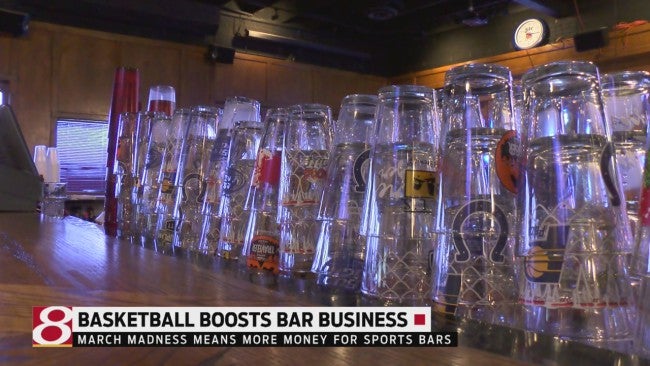 INDIANAPOLIS (WISH) – Butler University and University of Notre Dame men’s basketball teams will meet for their first time since 2006 Saturday night. The two Indiana teams will play each other at 9:40 p.m. in the NCAA tournament.

March Madness brings a lot of bucks to bars and restaurants.

Many basketball fans flock to the businesses since they are places where fans can enjoy food, drinks, and basketball in a sports atmosphere.

Hak Cho, General Manager of Moe & Johnny’s said, “We always know that March Madness brings like 20 percent to 25 percent more people and so we always prepare, especially like the first week.”

Cho said every year his bar, which is located minutes away from Butler University, orders about 25 percent more products for March Madness.

According to Butler Athletics, Saturday night’s meeting between Butler and Notre Dame will be their 103rd overall meeting on the court.

The Bulldogs have won the last six times the two basketball teams have played each other.