Bats found encased in foam during removal at Texas apartment 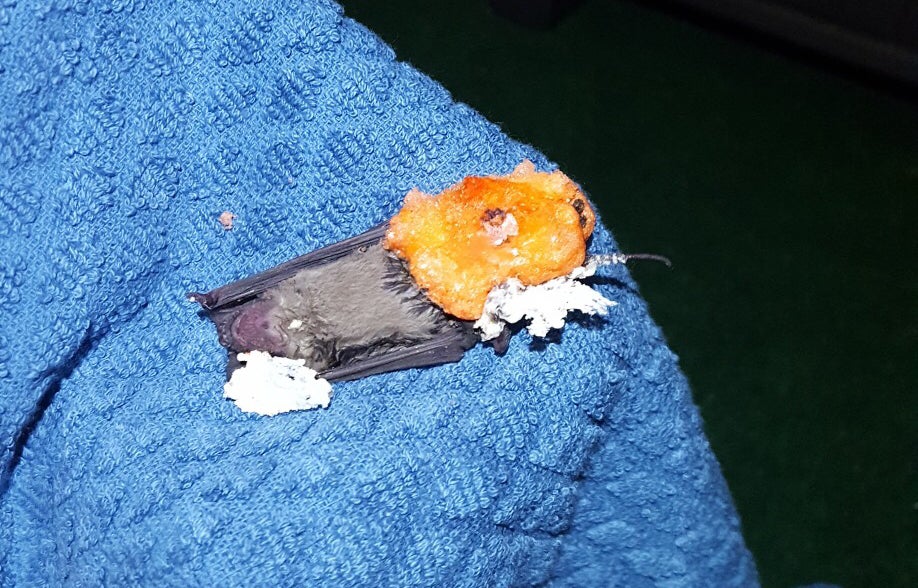 SAN MARCOS, Texas (KXAN) – A tenant at the Sanctuary Loft apartment in San Marcos was shocked when he discovered bats had been trapped and killed by spray foam in the complex’s parking garage.

He tells WISH-TV’s sister station KXAN the complex asked residents to move their vehicles so they could do upgrades to the parking garage. When he returned he says foam had been sprayed in all the cracks where bats once lived.

“I went out that night, just because I was curious to see if there was going to be any bats flying around, and that’s when I heard all the chirping and scratching. It was something out of my nightmares, hearing all those trapped bats up in the foam,” the tenant said.

The man has asked us to not reveal his identity in fear of the apartment complex retaliating against him.

“I just don’t want to lose my apartment,” he said.

The apartment complex released a statement to KXAN saying it hired a professional pest control company due to more than 1,000 bats in the parking garage. “This is problematic for the bats and our residents,” said Sanctuary Lofts spokesperson Gina Cowart. “We relied upon the expertise of the pest control company to design and perform a humane procedure to address this issue for our community.”

The resident contacted the non-profit group Bat World for some advice. The organization calls what happened “inhumane.”

“You can remove bats from almost every conceivable type of roost and you can do that humanely and effectively by using those guidelines,” said Bat World founder and president Amanda Lollar. “There was no need to foam them in. There was no need for barbaric cruelty.”

According to Sanctuary Lofts the pest control company, Worldwide Pest Control, only applied a foam sealant after all bats were out of the structure. “Unfortunately a few bats returned before the foam sealant dried and were trapped in the foam. The pest control company ceased using the sealant immediately and are investigating an alternative solution,” said Cowart. “We also had city animal control review the procedure and no bats have been sealed inside the building. We care about the bats and understand their importance to our environment.”

According to Texas law, it’s a Class C Parks and Wildlife Code misdemeanor to hunt or kill a bat. However, there are quite a few exceptions. Bats can be moved, trapped or killed if inside or on a building occupied with people and licensed pest control providers are exempt.

Lollar says she is now working with legislators to strengthen laws that will help protect the species.

“Each bat that was killed was capable of eating 3,000 to 5,000 flying insects a night,” Lollar said. “They have a life span of 20 years. Each bat can eat 20,000,000 insects in its lifetime, and they have an intelligence level of a dolphin. This was more than just killing a pest.”

KXAN has reached out to Worldwide Pest Control for a comment, but has yet to hear back.