Bauer to step down from Indiana House 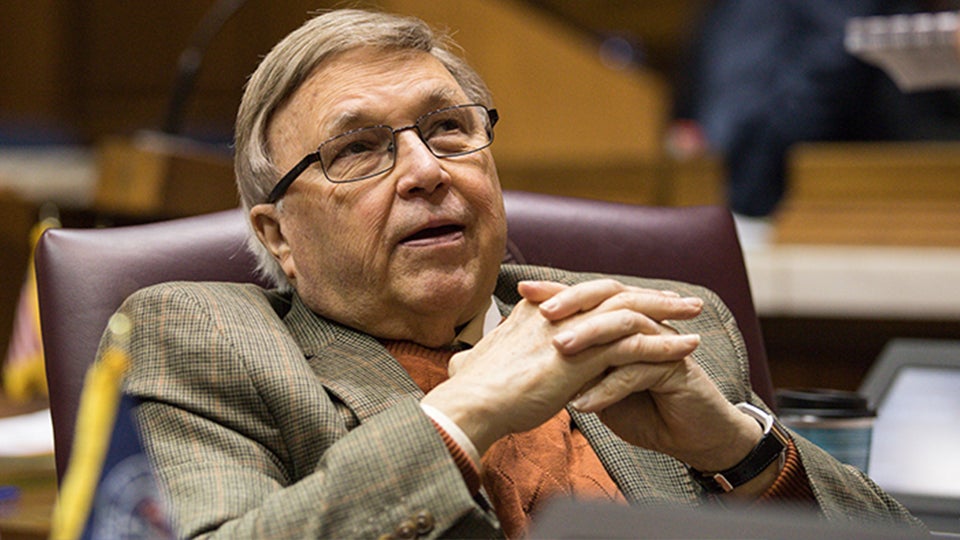 INDIANAPOLIS (Inside INdiana Business) — The longest-serving member of the Indiana House of Representatives will not seek re-election this year. State Rep. B. Patrick Bauer (D-South Bend) says he will not run for another term following 50 years in the Indiana General Assembly.

During his tenure as one of the country’s longest-serving state legislators, Bauer spent six years as Speaker of the House, four years as House Minority Leader, and 12 years as chair of the House Ways and Means Committee.

“It has been an honor to serve the people of St. Joseph County in the state legislature,” Bauer said in a news release. “What I will clearly miss the most is the interaction with all of the local residents who have been so kind and helpful through the years. By working together, I truly believe we have made St. Joseph County, and Indiana, a better place to live.”

Among his many accomplishments at the Indiana Statehouse, Bauer authored two bills that were the first of their kind in the country. They included a statewide ban on phosphates in detergents and a ban on personal care products from containing microbeads.

Bauer is also a former teacher and administrator at the South Bend Community School Corp., as well as a statewide administrator for Ivy Tech Community College. In a news release, Bauer said he plans to spend more time with his family after leaving the Statehouse.