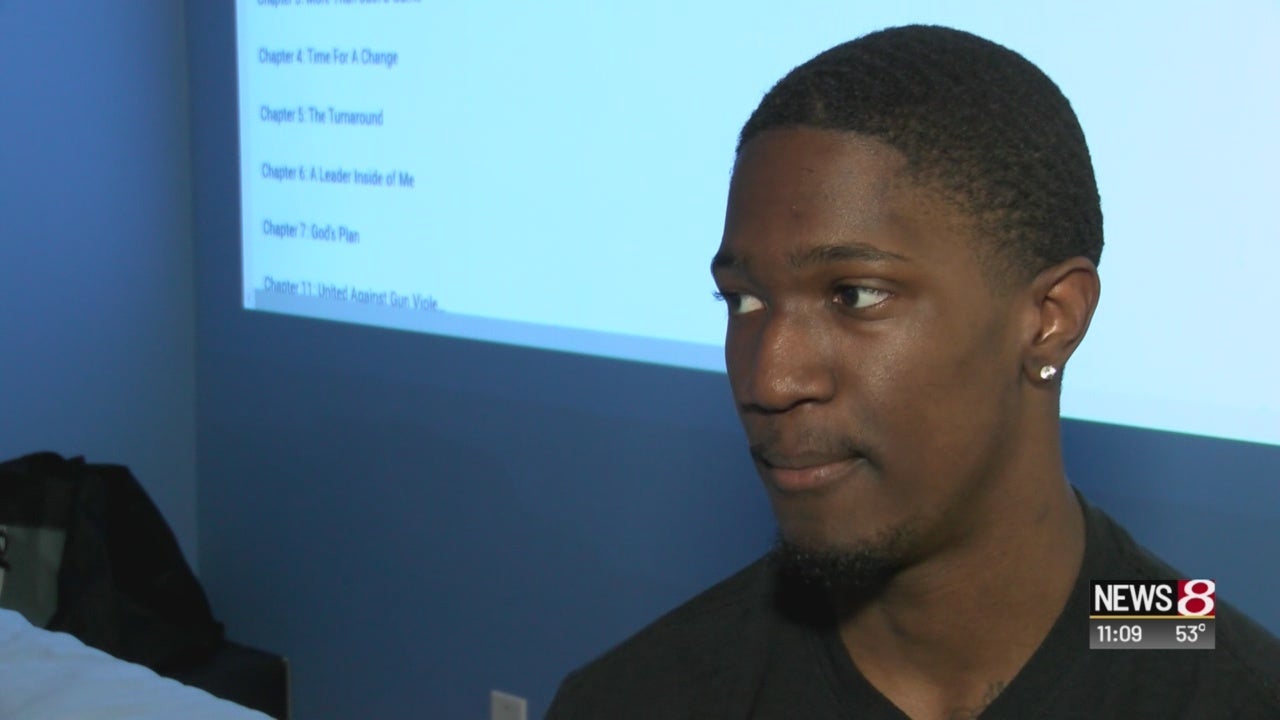 INDIANAPOLIS (WISH) – Brandon Warren is on a mission to make a lasting impact in this fight and now he’s coming out with his own book.

It’s a memoir he calls “Be Inspired.”

The book walks you through the trauma he experienced, losing two of his friends and classmates, Dijon Anderson and Angel Alfaro, in a shooting in 2017.

“I was devastated,” he said.

They were all students at Warren Central High School when Anderson and Alfaro were shot the night of May 6, 2017.

He wants to show people, through the work with his non-profit “We Live Indy” what it takes to get through the healing process after facing such a devastating time in his life.

Warren also wants to use the platform this book will create to dive into conversations about the root of the problems in our communities.

“I wanted to build something that would create an alternative.”

He’s hoping helping the book along with his nonprofit helps break this cycle of tragedy from happening all over the country.

It’s a message he believes any and everybody can feel.

“Gun violence is somewhere on all of our agendas because somehow it’s touched all of us in some way,” Warren said.

However, as he was putting on the finishing touches, he noticed something was missing.

That’s when he decided to write the last page; a heartfelt letter to his friend and high school football teammate Dijon Anderson.

“You’re now a heavenly testimony how one person can be an inspiration,” he wrote in the letter.

Warren says completing this project has been like therapy.

“I’m able to express my steps to healing,” he said.

“I’m still healing today and allowing my story to be an impact on somebody else’s life.”

For more on “We Live Indy” visit the link below: