Beachgoers seek owner of prosthetic leg washed up on beach 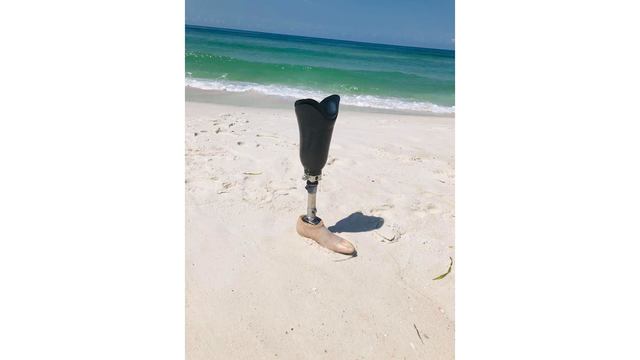 PANAMA CITY BEACH, Fla. (WMBB) — A photo posted on a Facebook group’s wall is attracting attention and has gone viral.

The post can be found on the “I Love Panama City Beach” Facebook page. It’s a photo of a prosthetic leg that washed up on the shore of Panama City beach posted by Farrah Beth Bata.

Many commenting on the post are shocked that, of all things, this is what washed up on shore. Others said they’re looking for the rightful owner and trying to get their leg back to them.

With hundreds of comments and over 1,000 reactions, the post is steadily attracting more attention and raising questions.

Farrah Beth Bata said she and her cousin were swimming out in the Gulf of Mexico when she saw what she initially thought was a stingray. When she got closer, she realized it wasn’t moving and quickly realized she was looking at a prosthetic leg.

She said it scared her initially, but her cousin, Amanda, decided to save it from drifting further into the gulf and pull it from the water.

She said she emailed the manufacturer and sent photos of the serial number to them. The leg was taken to Panama City Beach Police.