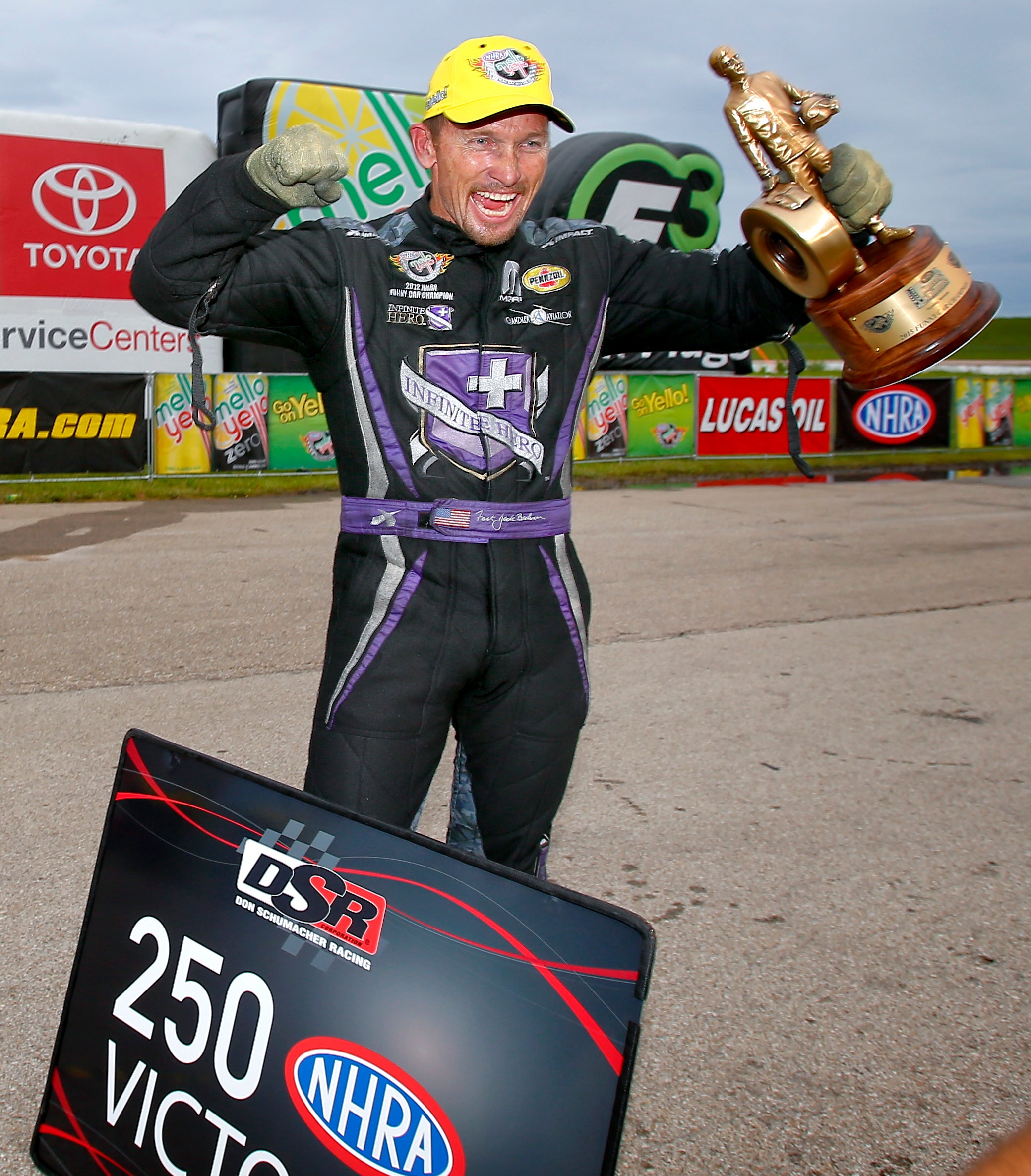 BROWNSBURG, Ind. (AP) – Jack Beckman got his sixth Funny Car win of the season at the U.S. Nationals on Monday.

Beckman was credited with a reaction time victory in the final against three-time Indianapolis winner Robert Hight. Beckman ran a 4.058-second pass at 310.77 mph, while Hight ran a quicker 4.045 at 309.77. Despite running the slower time, Beckman had a superior .034 reaction time advantage to Hight’s .063.

It was Beckman’s 21st career win, but his first at Lucas Oil Raceway at Indianapolis.

In addition to his national event win, Beckman also won the Traxxas Nitro Shootout. It was Beckman’s second Traxxas victory.

“It’s hard to enjoy what just happened because you are worn out,” said Beckman, who enters the Countdown to the Championship as the No. 1 seed. “Yesterday after the Traxxas Shootout I was thrashed. It was a hot day that ended up wonderful. Getting through today was the key. I think surviving this is an effort unto itself. I’ve got to let that trophy sit on the office shelf and stare at it for a while to realize that we actually did it.”

Lucas picked up his first Indianapolis victory with a final-round performance of 3.864 at 319.90. The win was Lucas’ first of the season and 12th of his career.

In Pro Stock, Enders earned her sixth win of the season in a Chevy Camaro, defeating teammate Drew Skillman in the final with a 6.611 at 209.75 to Skillman’s 6.606 at 209.98. It was Enders’ first Indianapolis victory and No. 18 for her career, tying her for second in Mello Yello Series competition with Shirley Muldowney.

Savoie secured his second victory of the season with a 7.011 at 193.02 on a Suzuki, beating No. 1 qualifier Chip Ellis, who fouled out at the start.