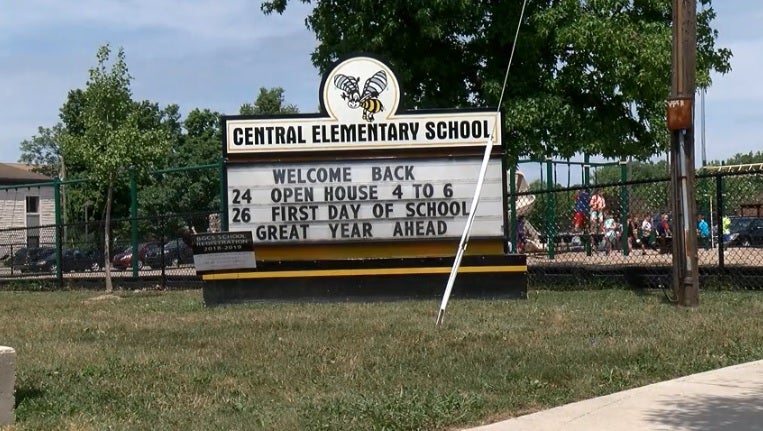 School is back in full swing. That’s evident on Central Elementary School’s playground in Beech Grove. It’s even more clear, in the classroom.

“There’s a lot or kids in our class, sometimes it’s hard being a leader,” said third grader Lillian Woodall.

Woodall has no choice but to be a leader. After all, third grade is the highest grade at Central Elementary.

“I just like meeting new friends and talking about ourselves and seeing my friends,” said Woodall.

As Woodall focuses on friends, school officials are doing the heavy lifting. They’re focusing on security.

Before stepping foot into any Beech Grove School, you first have to go through a buzz-in entry system. At the high school, there are two entries; one gets you into the main office, a second is needed to get to the classrooms.

New this year are thirty security cameras that watch over the high school and middle school.

Superintendent Dr. Paul Kaiser wants them in all of the district’s five schools this year.

“If kids know that there’s cameras in the building, sometimes they’re less likely to do silly, stupid things. More importantly, if there is a crisis that happens, I can pull out my cell phone and see any camera in the building,” said Dr. Kaiser.

Police also have access to the surveillance video. Speaking of police, the district has two Beech Grove Police Officers who watch over the high school and middle school. Dr. Kaiser is hoping to expand resource officers to all schools.

In addition to security, the district is also implementing what they refer to as a proactive approach with social emotional learning. This type of learning helps students in coping with their feelings. It also encourages students to recognize peculiar behavior and report it to staff. Beech Grove received two grants totaling nearly $500,000 that they’ll spend on social emotional learning. Over the next four years, they’ll invest in training all staff and hiring more counselors.

“School safety comes in a lot of different ways. It’s getting parents and kids in and out of campuses safely,” said Dr. Kaiser.

Safely, so that kids like Woodall can focus on what’s important; leadership for example.

“If you’re being nice you can just say, ‘Hey, do you want to be nice. Cause I don’t think you’re going to get any friends if you’re just being mean,'” said Woodall.

Beech Grove also received 10 hand held metal detectors through Governor Eric Holcomb’s state program. Dr. Kaiser says he accepted them because they were free. But, at this time, they are not in use because specialized training, which Dr. Kaiser called costly, in required.