Behind the scenes at District Theater with Dick Wolfsie 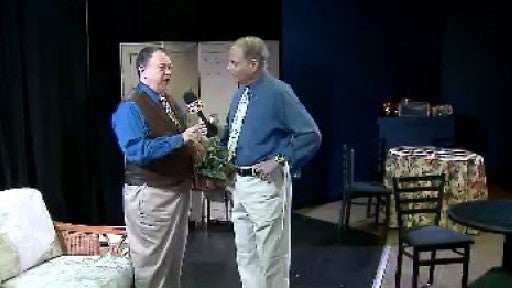 INDIANAPOLIS (WISH) — Dick Wolfsie is taking us behind the scenes of the District Theater where the second set of pop culture parodies is right around the corner.

The theater’s Darrin Murrell highlighted the upcoming event, “The Golden Girls: The Lost Episodes.” The show will play at the theater every weekend during the month of April.

“For a long time, over a dozen years, a fellow called David Serta runs a production called Hell in a Handbag Productions in Chicago,” explained Darrin Murrell, District Theater. “And they also do pop culture parodies. This has been their most successful hit. They’ve had several sequels to it. A Valentine’s episode and a Halloween episode. They’re just about to mount a brand new series of episodes. It’s one of the biggest, longest running hits in Chicago.”

Dick also got to meet some of the cast members of the theater’s upcoming show. The show will have male cast members playing the iconic roles of Rose, Blanch and Dorothy.