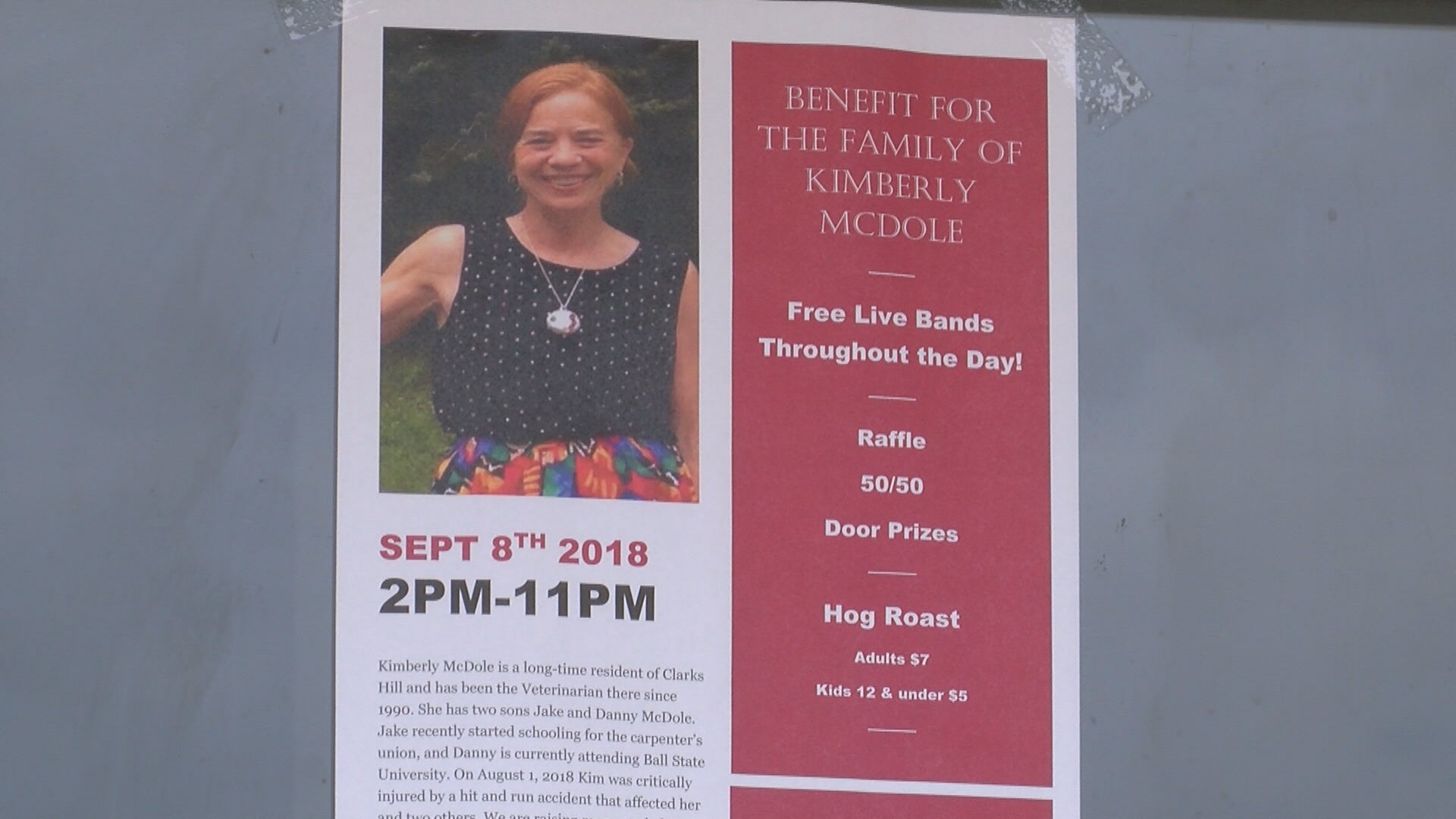 CLARKS HILL, Ind. (WLFI) — Veterinarian Dr. Kimberly McDole is fighting for her life in a hospital after she was struck in a hit-and-run crash Aug. 1.

Her her recovery means a lot to more than just people.

One, two, three animals showed up unexpectedly during a discussion about an upcoming benefit for McDole with Steelsmith and her friend Amanda Stevens.

“Of course there’s a cat coming over here,” Steelsmith said.

It was exactly what she and Stevens would expect from is Kim were trying to send some sort of a message from beyond.

“She saved my one dog, Scout and I couldn’t thank her enough for that,” Stevens said.

“Just think about all the animals that are without their doctor right now. She was there for a lot of animals,” Steelsmith said.

McDole was critically injured in the hit-and-run crash.

Yariel Butler, 19, is charged for leaving the scene of a crash that left McDole on life support, another person dead and a tow truck driver injured. Since then, Butler has bonded out of jail twice.

“That money could have been put toward her family or the other man’s family for funeral expenses,” Stevens said.

Stevens and Steelsmith are doing what they can to help. They’re planning a benefit to pay for McDole’s medical bills and other expenses.

“She’s put her son through college the last three years so we want to make sure that his last year in school is fully paid for, he has nothing to worry about, he doesn’t have to get a job,” Stevens said.

McDole’s veterinary business meant everything to her and so did the people in her life.

Donations are being accepted on a GoFundMe page. People can also help by attending her benefit with food, live music and raffles on Sept. 8.