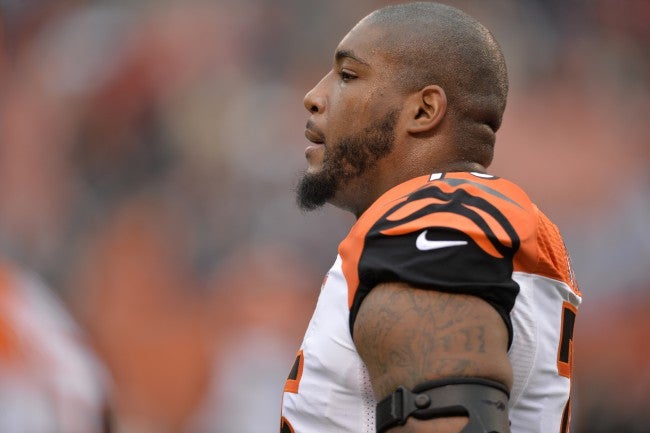 CINCINNATI (AP) – Defensive tackle Devon Still tweeted thanks to the Bengals and the city after he was released on Saturday as part of the team’s roster cutdown.

Still’s 5-year-old daughter, Leah, has overcome cancer in the past year and is finishing treatments to rebuild her immune system. The Bengals kept Still last season in part so he’d have health insurance to cover his daughter’s treatments.

Leah’s story drew international attention, and the team donated more than $1 million in sales from Still’s No. 75 jersey to Children’s Hospital in Cincinnati for pediatric cancer research and treatment.

“Have nothing but love for the Bengals organization and the city of Cincinnati,” Still tweeted after he was released. “Both helped me through one of the darkest times of my life and I am forever grateful. It’s time to move forward and see what’s next #iKnowThereIsAPlanForMe.”

The second-round pick from 2012 now has enough time in the NFL that he can get five years of medical coverage through the league.

A year ago, the Bengals made him part of their final cuts, but offered him a chance to stay on the practice squad to keep his medical coverage. He was eventually added to the roster and played in 12 games. He was hoping to win a spot in the Bengals’ rotation on the defensive line, but the team chose to keep younger players.

“Devon had a good preseason for us,” coach Marvin Lewis said. “He’s got to feel good about that; he put a good foot forward. An opportunity will come, whether it comes here down the line or somewhere else.

“Unfortunately it’s part of professional sports. Not everybody can stay and be there at the end.”

The Bengals also put linebacker Vontaze Burfict on the physically unable to perform list. He’ll be eligible to return to practice after six weeks. Burfict is recovering from two knee operations and didn’t practice with the team during training camp.

Lewis said it’s possible that Burfict could have been ready in less than six weeks.

“It was a very difficult decision and one that frankly could have broken either way,” he said. “What it came down to at the end is the best thing for Vontaze’s future, to make sure we give him enough time and not rush him back onto the field.”