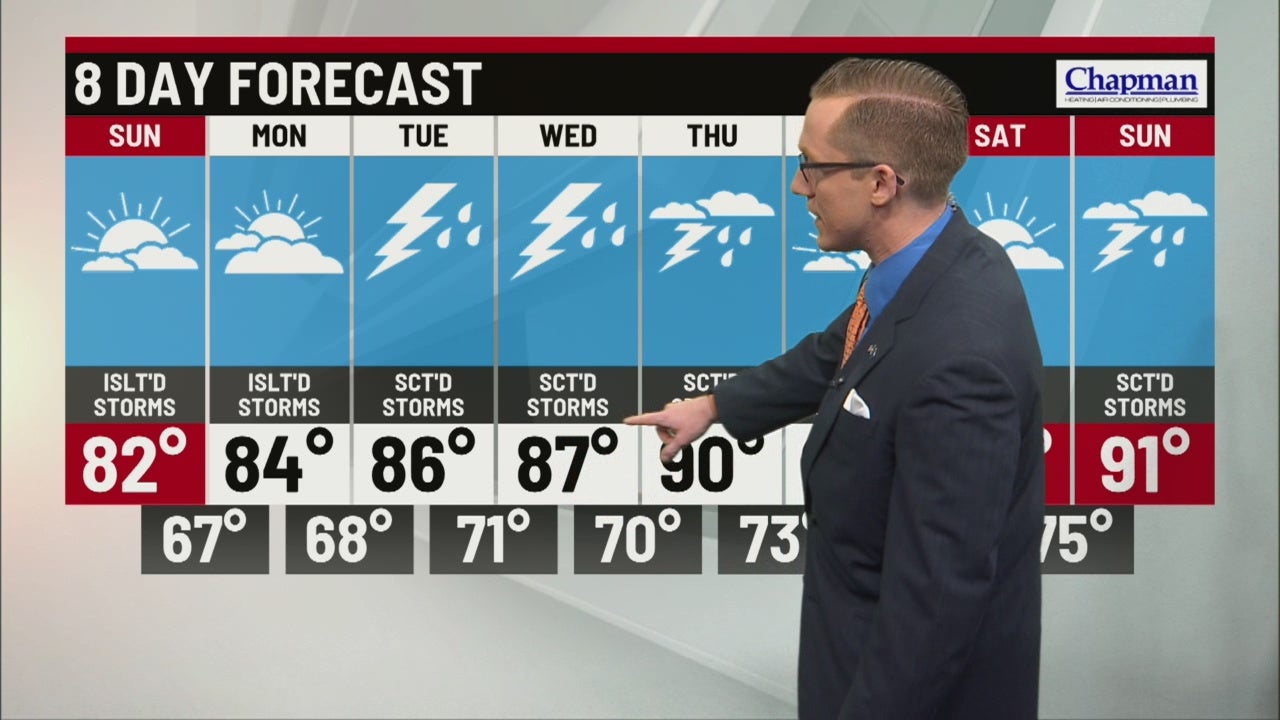 INDIANAPOLIS (WISH) — Scattered showers moved through central Indiana on Friday, with one report of a funnel cloud northwest of Crawfordsville.

Most areas in central Indiana received under a quarter inch of rain Friday.

There may be scattered showers in the Saturday evening hours, but no severe weather is expected. Most of the rain will move out after 10 p.m.

Lows will dip into the mid 60s by daybreak Sunday.

Most of central Indiana will likely remain dry with passing clouds throughout the afternoon Sunday; however, isolated shower chances are possible in the early afternoon hours east of Indianapolis.

Highs will top out in the low 80s Sunday afternoon.

A similar forecast will follow into the work week with slim rain chances Monday. There’s a chance for some of these storms to become severe, which is why all of southwestern Indiana is under a marginal risk for severe weather. Damaging wind and large hail will be the primary threats. Locally heavy downpours are also possible with these storms.

Rain chances will continue to increase after Monday with more widespread rain showers and thunderstorms Tuesday and Wednesday.

Temperatures will also be on the rise with 90s set to return by the second half of the work week.

The early look ahead to next weekend shows summer-like heat and humidity returning along with a stray chance for showers and storms as we round out June and head into July.