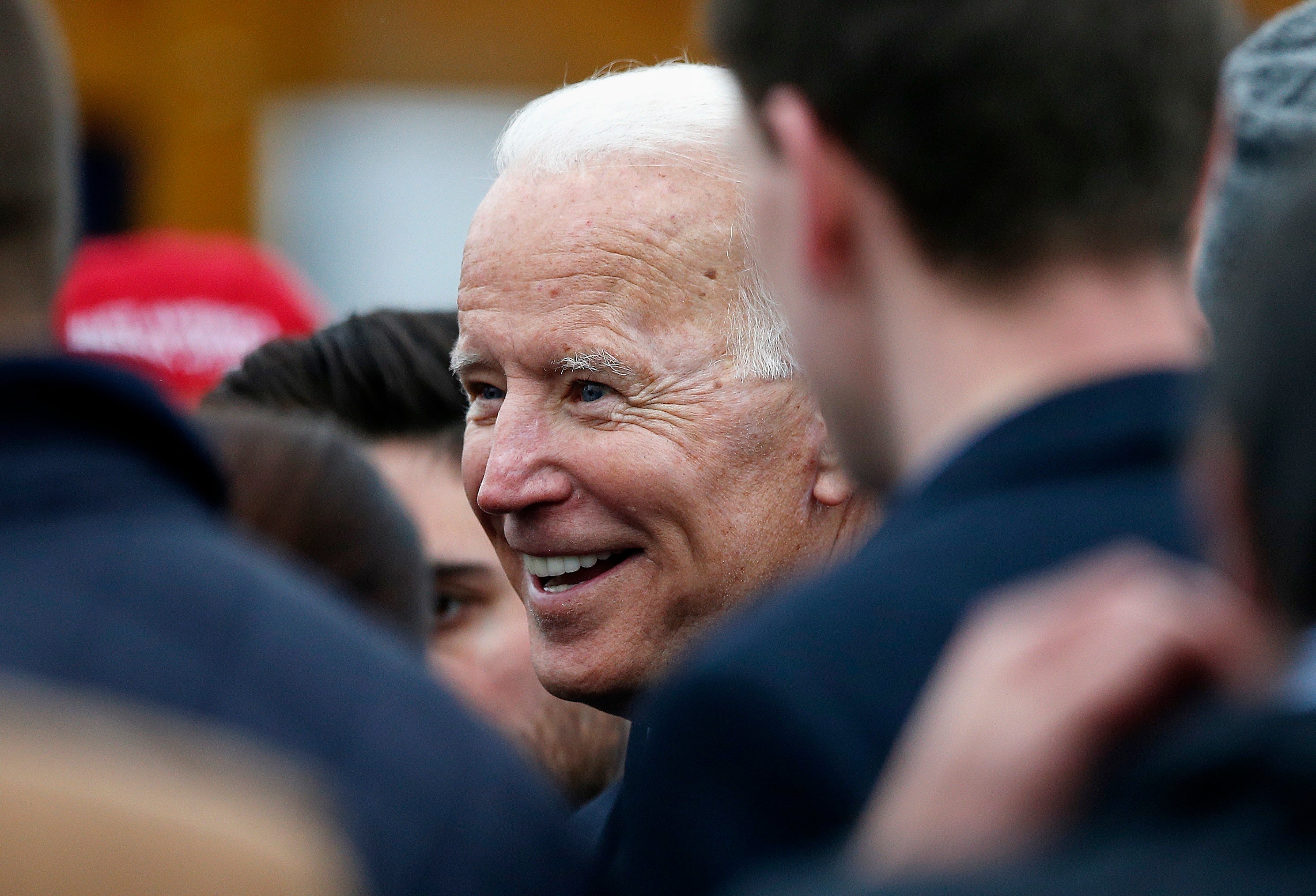 The decision answers one of the most significant outstanding questions of the early presidential primary season, which has already seen announcements from 18 other Democrats. Biden, 76, would be the most experienced politician in the race, and the second oldest, after 77-year-old Bernie Sanders.

His plans were confirmed by three people with knowledge of them. They were not authorized to discuss the plans publicly and spoke to The Associated Press on condition of anonymity. The announcement is expected as early as Wednesday and would cap months of deliberation over his political future.

Already, supportive donors have begun trying to raise money on his behalf.

“A number of us in San Francisco have begun organizing for Vice President Joe Biden and his nascent organization as he prepares to make his announcement later this month,” wrote California-based attorney Thomas McInerney this week in an email obtained by the AP.

He continued: “If you are interested and able to get in on the ground floor of his presidential campaign and help the Vice President make a splash when he announces, please consider sending a check now made out to, ‘Biden for President.'”

The specific launch date and location is unclear. Biden is likely to soon start making visits to early voting states.

One person said Biden’s advisers are also considering an early event in Charlottesville, Virginia, the site of a deadly clash between white supremacists and counterprotesters in 2017. The location would be intended to draw a contrast between Biden and President Donald Trump, who said there were some “very fine people on both sides” of the violent confrontation.

Biden has been particularly outspoken against the rise of white supremacy in the Trump era.

One of the most recognizable names in U.S. politics, Biden served for two terms as Barack Obama’s vice president after nearly four decades as a senator from Delaware. His high-profile, working-class background and connection to the Obama years would help him enter the race as a front-runner, though he faces questions about his age and whether his more moderate record fits with a party that has become more liberal.

With a record in elected office that stretches half a century, Biden faces multiple challenges.

Last month he struggled to respond to a complaint from Lucy Flores, a 2014 lieutenant governor nominee in Nevada, that he made her uncomfortable by touching her shoulders and kissing the back of her head before a campaign event. A few other women have made similar claims, though none has alleged sexual misconduct.

The incident is just a taste of the harsh vetting from both Democrats and Republicans expected for Biden, who has run for president twice before but never from such a strong political starting point.

His first White House bid in 1988 ended after a plagiarism scandal. And in recent weeks, he was repeatedly forced to explain his 1991 decision, as Senate Judiciary Committee chairman, to allow Anita Hill to face questions about her allegations of sexual harassment against Clarence Thomas, then a nominee for the Supreme Court.

Biden has since apologized for his role in the hearing. But in the #MeToo era, it’s another example of why critics believe he may struggle to catch on with the Democratic primary voters of 2020.

On paper, however, he may be well positioned to take on Trump in a general election.

The Republican president’s allies have privately warned that Biden might be the biggest threat to Trump’s reelection given Biden’s potential appeal among the white-working class in the Midwest, the same region that helped Trump win the presidency.

Associated Press writers Steve Peoples and Jonathan Lemire in New York and Brian Slodysko in Washington contributed to this report.