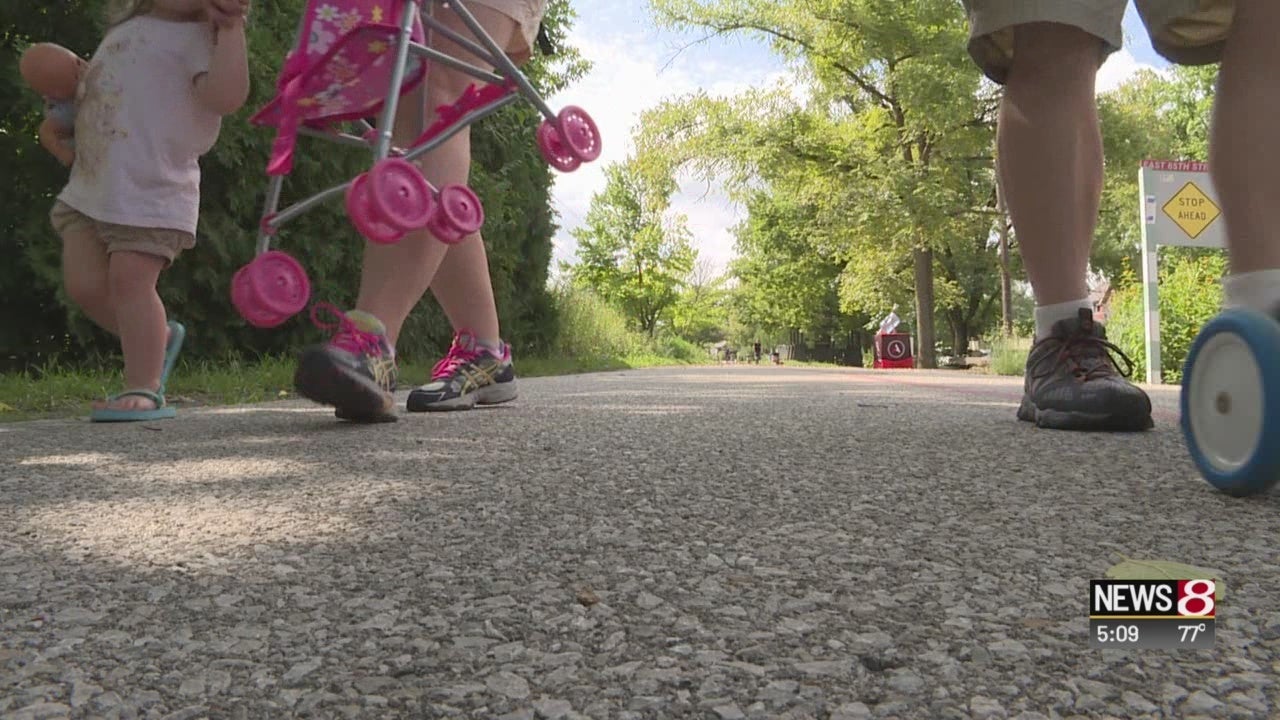 Those two questions? How do you connect the state’s already existing trails, like this one? And, who’s going to pay for it?

For Pat Carlson, her husband, Scott and their 2-year-old granddaughter, Stella just get a feeling when they walk the Monon Trail.

Carlson said “I feel like I’m able to really enjoy feeling like I’m out of the city.”

The job of the Bike Trails Task Force is to think of ways to connect the state’s current paths and figure out how to pay for it.

One option talked about Wednesday was to connect the state using areas that are mostly unused.

Mitch Barloga, the Transportation Planning Manager for the Northwest Indiana Regional Planning Commission said, “First and foremost are the abandoned rail corridors. You have other corridors that are also helpful. Utility corridors, river ways that can make it work out. Even road corridors where you do have wide state and locally owned right-of-ways where you can place a trail.”

Task force members talked possibilities of where money could come from. Ideas included using part of the sales tax you pay on some sporting goods like bicycles. The top idea…use part of the state’s landfill waste disposal or “tipping” fee.

Trail Section Chief Amy Marisavljevic with the Indiana Department of Natural Resources said, “That funding is being set aside. It activates that funding for use. There the possibility to increase that fee to be comparable to other states. So we can use that fee for funding trails.”

All of this is a labor of love for Democrat State Representative Carey Hamilton. She helped create the task force in 2016.

Hamilton explained, “When we build trails, property values along those trails increase and local small businesses flock to those trail corridors. It’s a real win-win for communities.”

We asked the Carlson’s if they’re willing to help pay for trails.

Carlson explained, “I would be. Mmm Hmm. I would be, with my taxes.”

The plan now is for the task force to review Wednesday’s ideas on September 26.