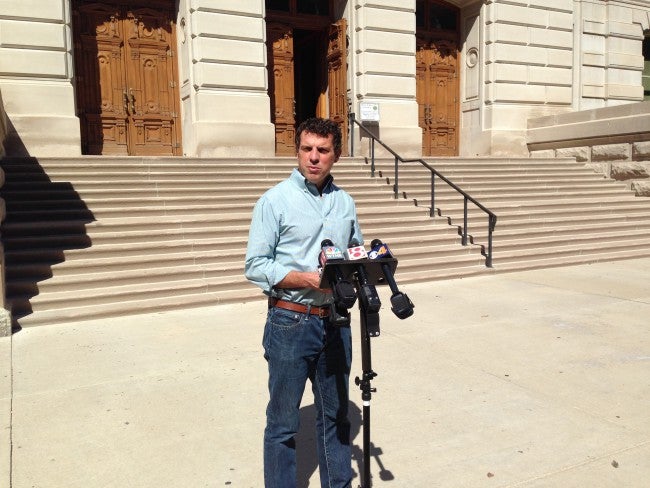 INDIANAPOLIS (WISH) – A leader in the tech community announced today that 30 companies have joined a coalition that will fight for human rights ordinances around the state.

It will also push for a statewide civil rights amendment.

He will also form a political action committee that will pursue civil rights based on sexual orientation and gender identity.

Oesterle held a news conference outside the Statehouse to spell out his goals. They begin with the efforts to pass a human rights ordinance in Carmel.

It was put on hold a month ago and a new vote is possible at Carmel City Hall Monday evening.

Oesterle says that Carmel and other communities should avoid passing compromise legislation.

“The LGBT community is united here,” said Oesterle, “and certainly from the standpoint of the companies that we’ve been talking to, this is just one of those issues, there’s not room to compromise in civil rights.”

Oesterle is a Republican who talked about a potential run for governor following the RFRA crisis. He says he’s not a candidate now but, he said, never say never.

He is, however, a political activist who says that RFRA was a tangible factor that set Indiana back when it came to recruiting tech talent from out of state.