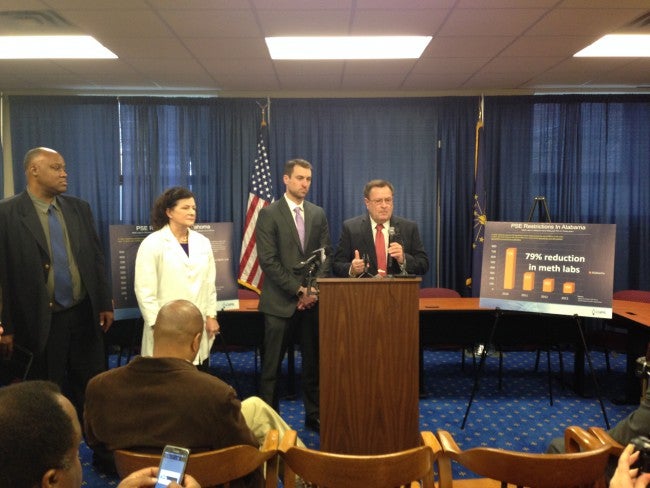 INDIANAPOLIS (WISH) – The continuing methamphetamine problem in Indiana has lawmakers looking for new ways to limit access to pseudoephedrine, a common cold medicine that is used in making meth.

Sen. Mike Young (R-Indianapolis) is proposing a bill that would permit most people to buy cold medicines without a prescription while keeping it out of the hands of meth users.

“Any person convicted of a drug crime will have to get a prescription for seven years in order to get it,” Young said.

“Requiring a prescription for pseudoephedrine will not solve the methamphetamine crime problem in Indiana,” Galloway said. “It does not focus on the root of the problem, which is meth addicts.”

Similar legislation has reduced meth busts by close to 80 percent in Oklahoma and Alabama.

A hearing on the Indiana bill will take place at the Statehouse Tuesday.