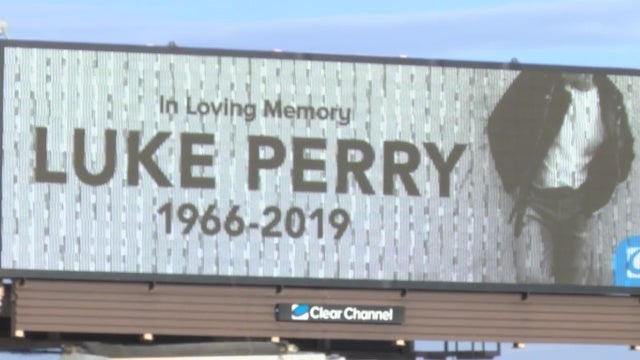 ALBUQUERQUE, N.M. (KRQE) – If you drive near Paseo del Norte and Jefferson you might have noticed a billboard honoring the late Luke Perry.

The huge black and white sign reads, “In loving memory of Luke Perry”. It was put up just hours after the famed actor passed away as a way to honor his life.

Riverdale airs Wednesday nights on WISH-TV. Remaining episodes will be dedicated to the memory of Luke Perry.