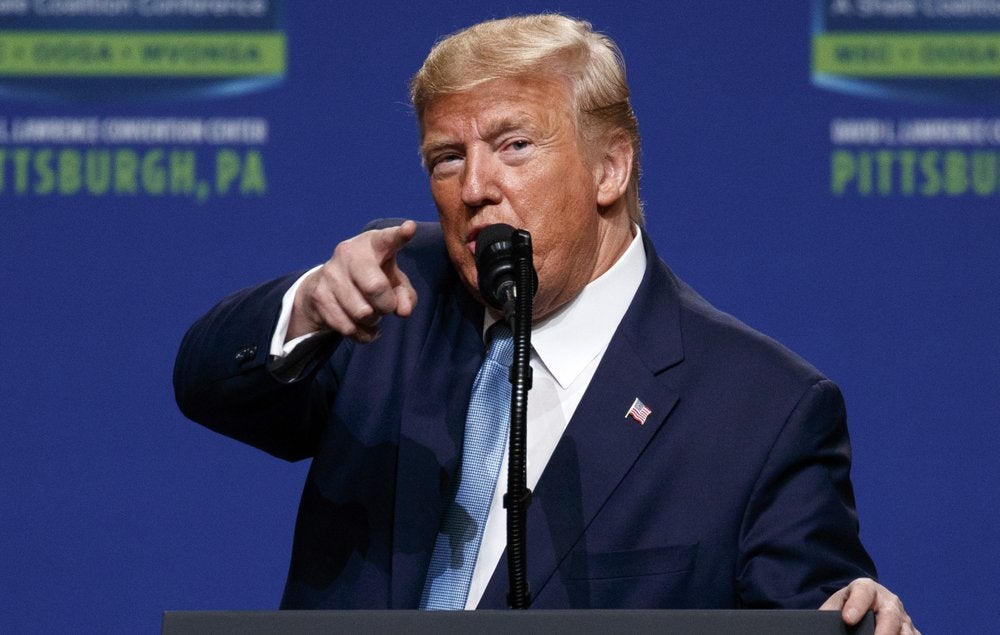 A video of Patrice Motsepe’s remarks to Trump went viral on social media and sparked outrage from people who disagreed with Motsepe and lambasted him for speaking on Africans’ behalf.

In response to Motsepe’s introduction, Trump said: “You’ve done a great job, thank you very much.”

Motsepe’s comments drew criticism even among some South African cabinet ministers, with Finance Minister Tito Mboweni saying the billionaire’s views did not represent those of the government.

KwaZulu-Natal province premier Sihle Zikalala was more blunt, saying Trump was not a friend of the ruling African National Congress party and that South Africa had nothing to benefit from the U.S. president.

Trump has been criticized for his comments about Africa, including one comparing African nations to a dirty latrine, which led to widespread anger from Africans and even heads of state.

In a statement released Tuesday, Motsepe said the debate over his remarks had exposed him to different views.

“I have a duty to listen to these differing views and would like to apologize. I do not have the right to speak on behalf of anybody except myself,” he said.

Motsepe, the first black African on the Forbes billionaires list and brother-in-law of South African President Cyril Ramaphosa, was attending a dinner of business leaders from around the world including FIFA president Gianni Infantino, the CEOs of Siemens and Saudi Aramco and the Ivory Coast-born CEO of Credit Suisse, Tidjane Thiam.