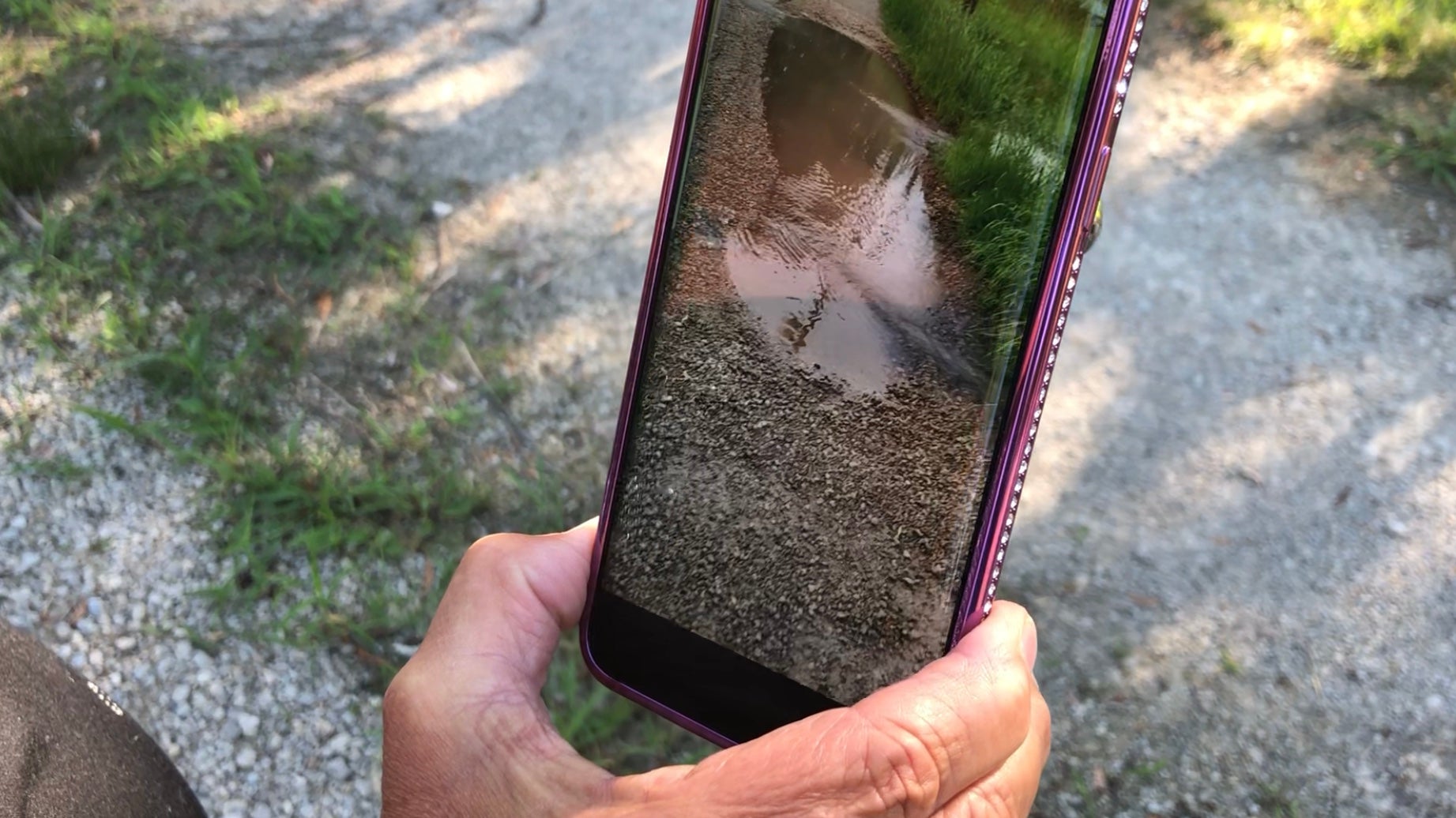 BLACKFORD COUNTY, Ind. (WISH) — A Blackford County woman fought unsuccessfully for years to drain a marsh-like field adjacent to her property she described as a “septic swamp,” she said.

Toddi Lamott had contacted county and state officials with her suspicions about the source of the water flowing into her yard.

A dye test conducted in May by county health department workers confirmed the presence of sewage on Lamott’s property in the 4400 block of East 100 South, officials said.

“Every single time they flush their toilet, it’s coming here,” Lamott told News 8, pointing to the pool of standing water on the empty lot beside her driveway. “It has broken this driveway down and you can see how far into my yard the water flows by following the trail of gravel.”

A “wet patch” in her lawn extended to 15 feet in front of her house, she said.

Rainy day videos provided by Lamott show water overflowing from the “marsh,” down her driveway and into her yard.

Friends said they avoided visiting because of the stench and mosquitoes.

“It smells like somebody just went to the bathroom but 50 times worse,” said Shelly Jenkins, a close friend who had known Lamott for 25 years.

Lamott inherited the property from her parents and claimed the septic leak had been problematic for at least a decade.

“I feel like nobody cares,” she said. “People act like I’m crazy but I need this cleaned up.”

Lamott suspected several of her chronic health issues, including recurrent hives, were linked to E. coli and other contaminants in the water.

Testing confirmed sewage was flowing from a neighbor’s home into the empty lot adjacent to Lamott’s property, according to Linda Briles, the Blackford County Health Department’s environmentalist.

Officials notified the property owner with a certified letter and referred the matter to an attorney after he failed to take action for more than a month, Briles told News 8.

She had personally addressed Lamott’s concerns by visiting the leakage site, conducting water testing and installing mosquito traps, she added.