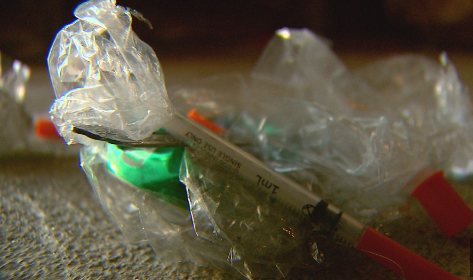 BLOOMINGTON (WISH) – Another local community is reporting an increase in heroin overdoses. Bloomington police say they have had 11 reported overdoses in Feb. so far. Nine of those happened in the past three days.

Police say an especially potent batch of heroin may be going around right now.

The Bloomington overdoses come about a week after a spike in overdoses up in Muncie that left at least three people dead.

Leaders with the Indiana Recovery Alliance in Bloomington say they have been working to distribute naloxone to the community. Hoping that will help prevent overdoses from becoming fatal.

Christopher Abert is the executive director of the Indiana Recovery Alliance. He says the organization started distributing the heroin antidote in Sept. of 2015.

“People told us that their friends were dying,” said Abert.

According to Abert, the group has given out about 5,000 doses of naloxone in the past year and a half.

While Abert says naloxone is saving lives of those who overdose, he says it is far from a permanent solution to drug addiction.

For more information on the Indiana Recovery Alliance, visit their website here.