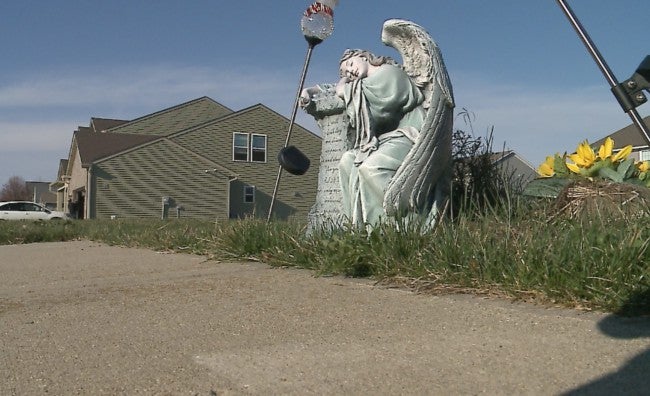 INDIANAPOLIS (WISH) – Richmond Hill residents said they took another step in the healing process when they learned of Bob Leonard’s sentencing.

Leonard, one of the suspects behind the deadly home explosion in 2012, was sentenced to two life sentences Friday.

Those we talked with in Richmond Hill were hoping Leonard would spend the rest of his life in prison. Whether that’s was a life sentence or multiple sets of years for each charge, they just wanted him put away for good so they could continue their long road to recovery.

“Every time we pass, you know, the Longworth’s lot, it makes me sad,” said Michelle Waddey, as she stood on her driveway looking across the street at the empty lots.

One of them that belonged to Dion and Jennifer Longworth, the couple who died after the home next door exploded.

“I’m blessed to have lived through that and there’s people that weren’t blessed to live through it and I want to just make sure that I say prayer for (Longworth’s) family you know that they’ll have some peace come about with the sentencing,” she said.

Charred debris remains scattered over the spot where the explosion occurred. But on the other side, a new home built late last year stands as a symbol of hope.

“It’s a step in the healing process for the whole neighborhood, but especially Fieldfare Way because it’s not so empty over here anymore,” she said.

Another step in that process happened away from the neighborhood in a court room, where Leonard was sentenced to life without parole. It’s the outcome Jennifer Longworth’s father, Don Buxton, wanted but it doesn’t make moving on any easier.

“The memories are still fresh and Bob Leonard’s sitting there, he might as well be waiting on a bus, he don’t care what’s going on,” Buxton said.

Waddey was also pleased with the sentence. But she knows with more trials ahead for the remaining suspects, she and her neighbors must remain focused on the end goal.

“The closer we can get to justice being served for all, the sooner that we can try to rebuild the neighborhood and rebuild our lives,” she said.

With one glance down her street, it’s clear that rebuild is well underway.