Body found after woman swept away by creek’s floodwaters 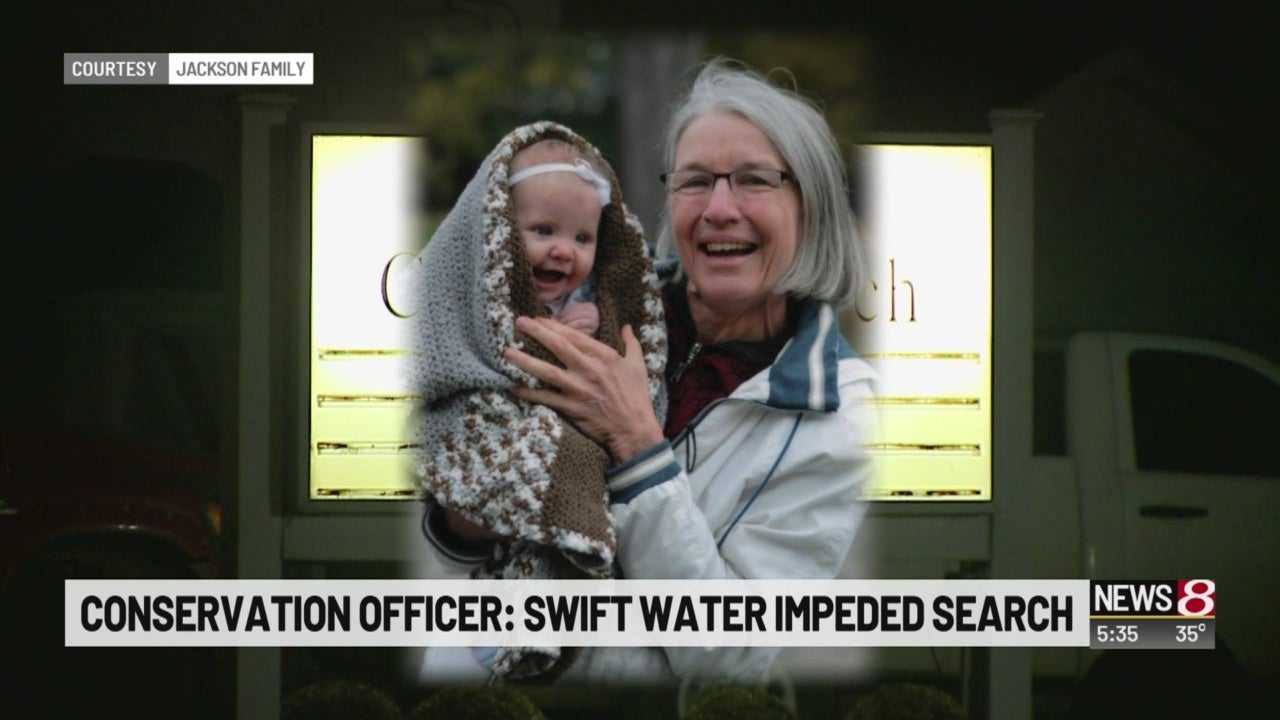 PEPPERTOWN, Ind. (WISH) – After a search over two days, the body of 63-year-old woman whose car was swept away Monday by floodwaters on a bridge was found, the Franklin County sheriff said late Tuesday afternoon.

Jackson is from Clarksburg, a community in Decatur County, the sheriff said. She is the wife of a local pastor.

Firefighters from Oldenburg and Brookville fire department were joined by an Indiana State Police helicopter and state conservation officers in the search for Jackson and the car she was driving. Rescuers had coordinated efforts from the Eagle Fire Company in Oldenburg.

Pete Cates, who is on his first day on the job as Franklin County sheriff, said Jackson was first reported missing about 6:30 p.m. Monday. The conservation officer said a 911 call came from Jackson’s husband, who had received a call from his wife as the car was moving in the floodwaters.

It is believed Jackson’s car was swept away as it went over a concrete slab bridge over Pipe Creek on Pipe Creek Road near Walnut Creek Road. That’s about a mile from Peppertown and 5 miles northeast of Oldenburg. A sign at the bridge is covered by graffiti.

Tuesday evening, members of Clarksburg Christian Church held a vigil for the Jackson family. They said Jackson loved to teach the word of God to children. The pastor’s wife had served the community with her husband for more than a decade. Jackson and her husband have six children.

“They have a deep abiding faith in Christ, they know where she is, they grieve, but they grieve with hope, and we grieve with them,” said family friend Chris Beaumont.

Peppertown is about 40 miles southeast of Indianapolis.