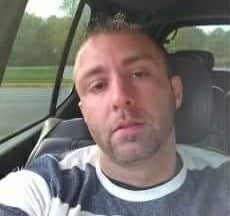 Officials have identified the body that was pulled Tuesday morning from Lake Shafer as a missing Monticello man.

According to the White County Coroner’s Office, the body was identified as Daniel Lipps, 34, of Monticello.

Around 9 a.m., the White County Communications Center received a 911 call of a report of a body in Lake Shafer across from Tall Timbers Marina. A person fishing on the east side of the lake discovered the dead body floating in the water and called 911.

Emergency responders from the White County Sheriff’s Department, Monticello Fire Department and Indiana Conservation Department responded to the location, recovering the body from the lake.

White County Deputy Coroner Tony Diebel arrived on location and transported the body to the White County Morgue in Monticello.

Lipps had last been seen March 23.