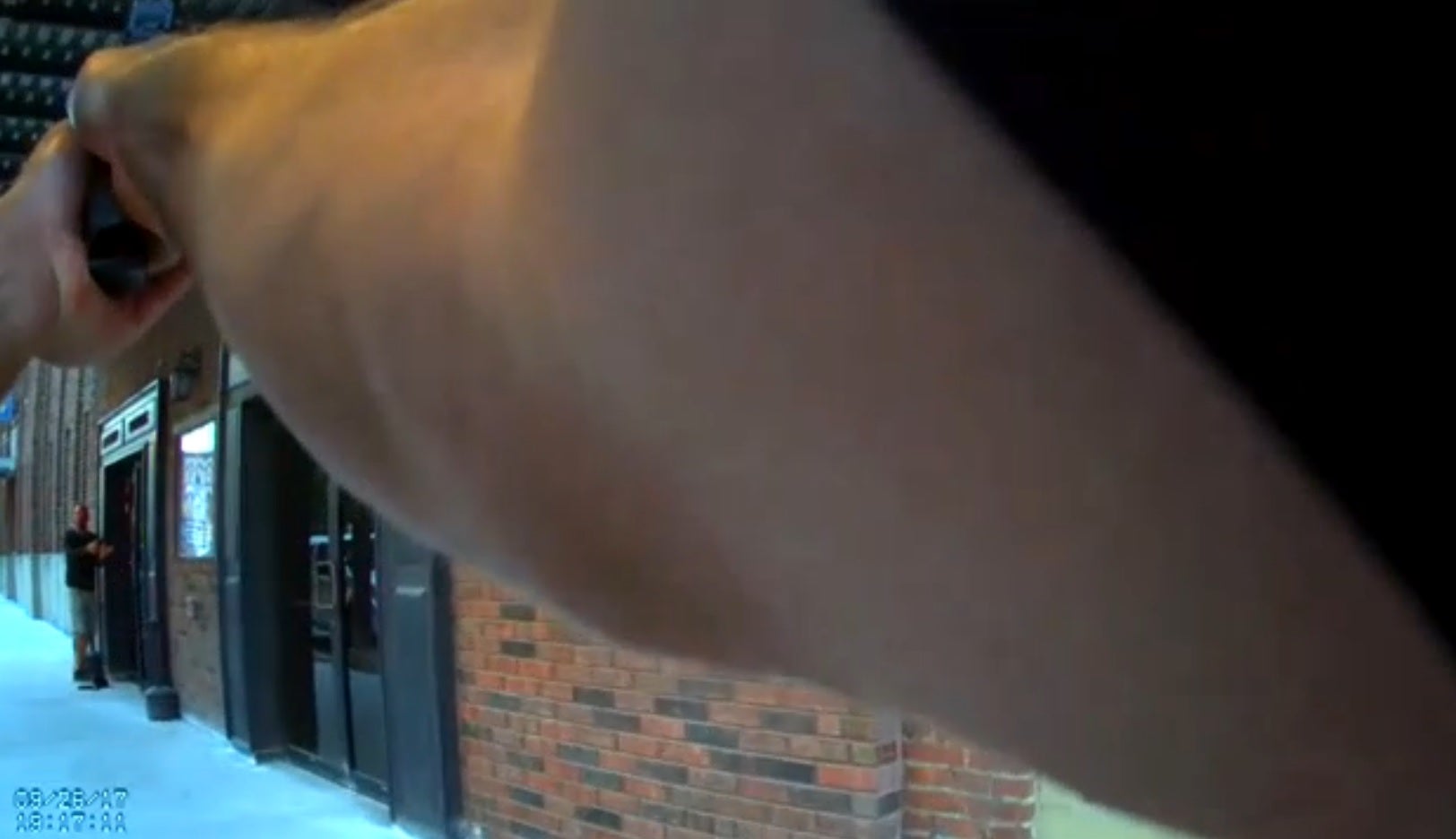 CRAWFORDSVILLE, Ind. (WISH) — The city of Crawfordsville has released video from an officer’s body camera after shots were fired during a mix-up with a film crew.

Someone had reported a robbery in progress at the location.

When the officer arrived, a man wearing a mask and holding a gun could be seen.

The body camera video shows the officer yelling, “drop the gun!” twice before discharging his weapon. After firing, he continued to yell “drop the gun.”

The actor, identified as Jim Duff, tells the officer, “We’re doing a movie.”

After a pause, the officer responds, “Excuse me?”

The officer has been identified as Sgt. Matt Schroeter. His shot did not strike anyone.

The gun Duff held was a prop gun. The film crew had not notified authorities of filming.

The Montgomery County prosecutor will not be filing charges against anyone involved.