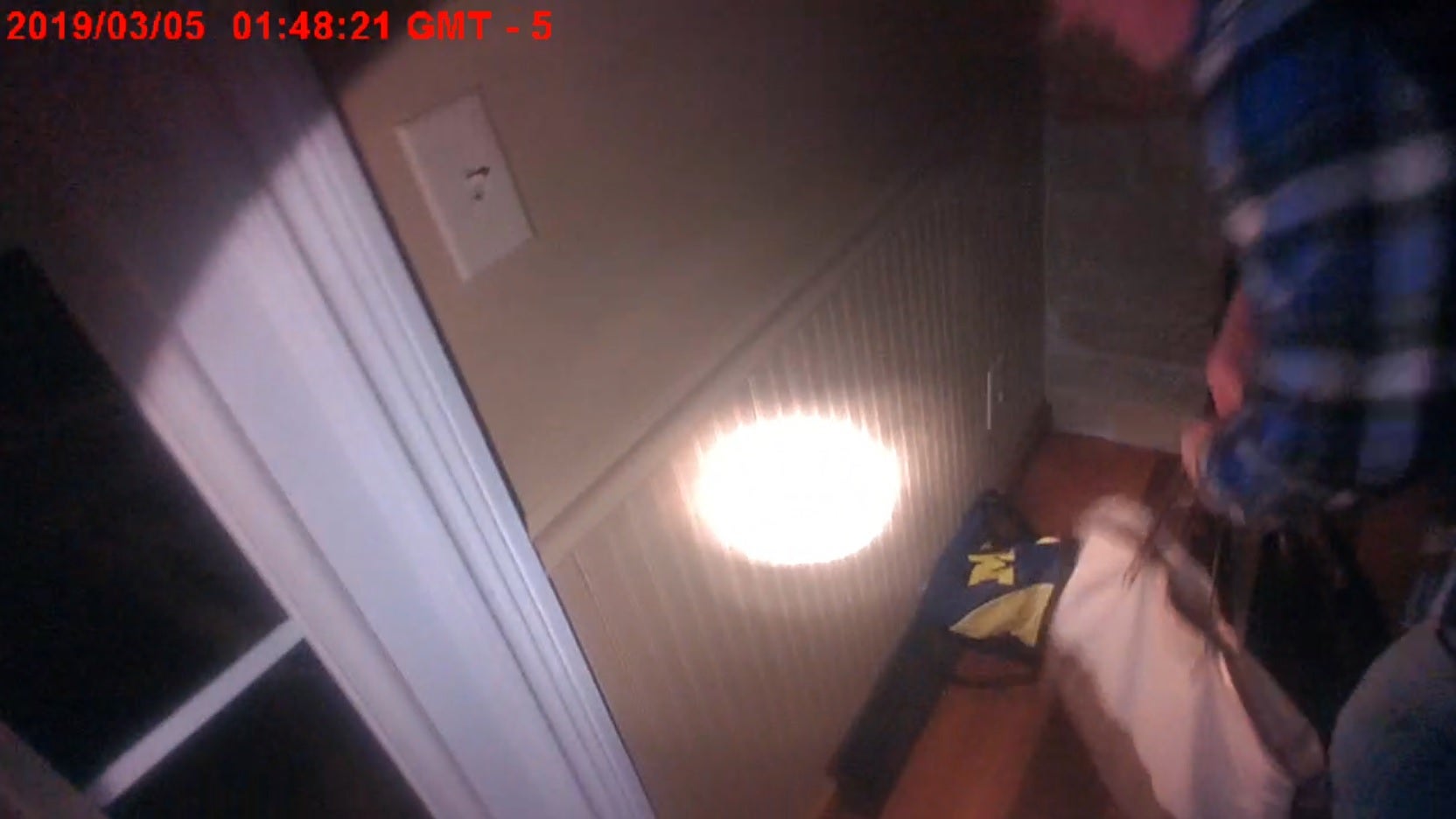 Nine video files were released to News 8. The videos are from four Johnson County deputies and show the interactions between investigators, former Johnson County prosecutor Brad Cooper and his victim in the early morning hours of March 5.

In one video, the victim is heard crying while describing what happened.

She said she was using his iPad to make a hotel reservation while he was sleeping. She said she found “inappropriate” things on it, woke him up and told him she was leaving.

She went to leave and he pulled her out of her car, dragging her into his house. She says he was kicking her and pulling her hair.

She said he took her phone and wouldn’t let her leave for an hour or two before he got distracted, allowing her to run to a neighbor’s house.

“He’s very manipulative and I’m afraid of what he’s going to say to you guys,” she says through tears. “I just want to go.”

She told deputies that everything seemed to happen quickly.

“He must have hit me because I have black eye and I can’t open it,” she says while crying.

She described verbal abuse by Cooper.

“He said I was a dog and that’s how he was going to treat me,” she said.

She described her fear.

Another video shows deputies interacting with Cooper, going to his house to retrieve the victim’s belongings.

Indiana State Police were called to investigate the incident. Cooper was not arrested that night.

It wasn’t until several weeks later on April 15 he was charged in the case. He was allowed to enter a guilty plea on the same day.

He did not go to jail in the case, receiving probation as part of a plea deal.

He pleaded guilty to these charges:

He did not resign until July 17, the day he was sentenced to 540 days probation and a $50 domestic violence fee.

Cooper had been the prosecutor in Johnson County since 2009.

Cooper was officially suspended from practicing law by the Indiana Supreme Court Disciplinary Commission on Aug. 2.