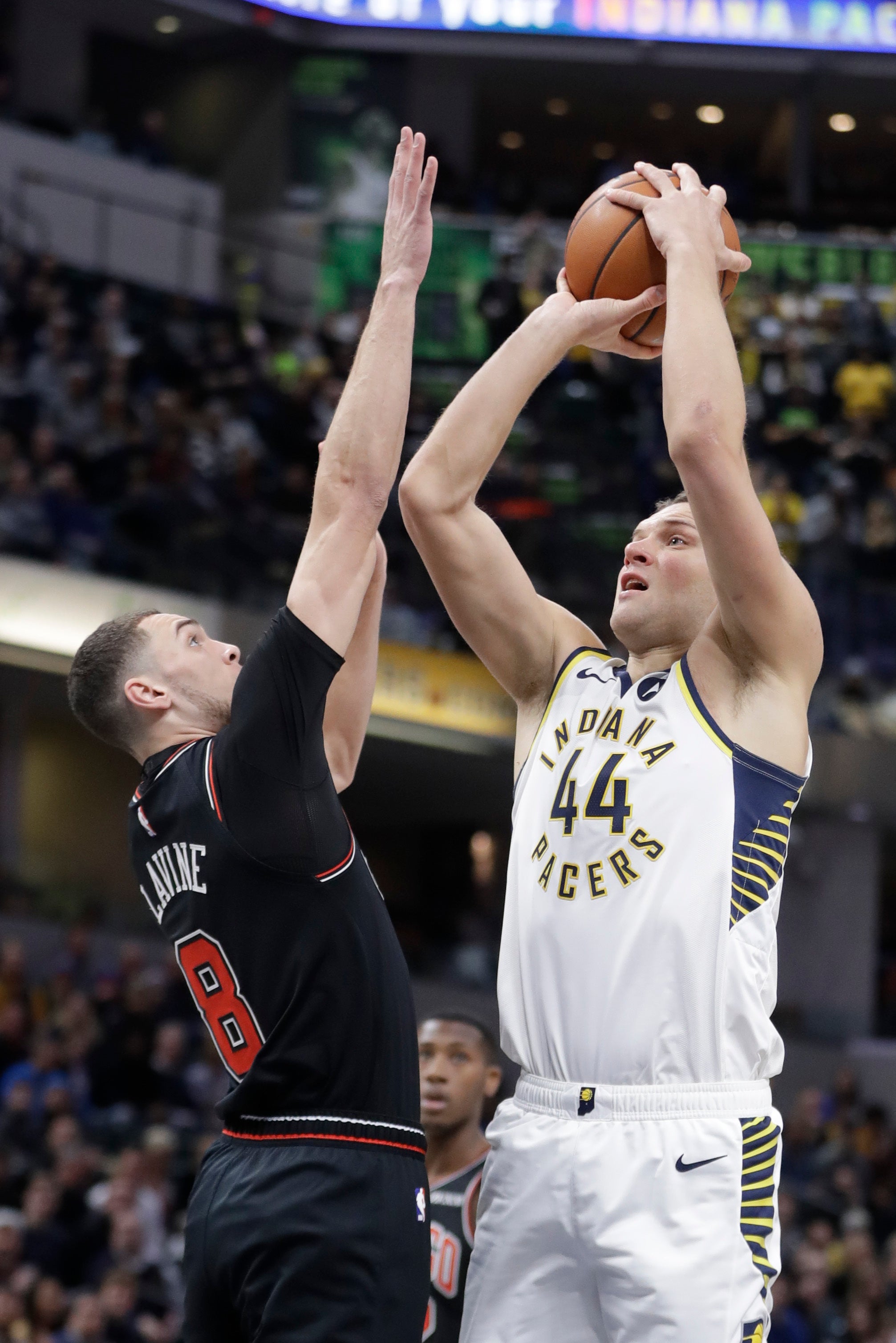 Indiana was looking to build momentum heading into a crucial 11-game stretch during which the Pacers will play Oklahoma City and Denver twice each and visit Milwaukee, Golden State and Boston.

Chicago was led by Zach LaVine with 27 points. Robin Lopez had 20 points and 11 rebounds as the Bulls lost their fifth in a row to Indiana, including all four games this season.

The difference was one decisive fourth-quarter run.

Bogdanovic answered with two free throws before knocking down a 3-pointer. Collison made another 3 and Myles Turner’s dunk with 3:58 left gave the Pacers a 95-86 advantage.

Chicago never recovered from the 10-0 spurt, getting no closer than five the rest of the way.

Bulls: Lauri Markkanen finished with 14 points and 13 rebounds. He’s had nine or more rebounds in 16 consecutive games. … The Bulls spent most of the night playing catch-up after opening the game 6 of 23 from the field. … The Bulls were 4 of 25 on 3s. … Chicago coach Jim Boylan said Chandler Hutchinson did some light work on his injured right toe and appears to be progressing. Boylan did not provide a possible timeline for Hutchinson’s return.

Bulls: Close out a back-to-back Wednesday when Philadelphia comes to town.

Pacers: Will try to earn a split in the series when they visit the Milwaukee Bucks on Thursday.