Book by Fusion GPS founders coming out next month 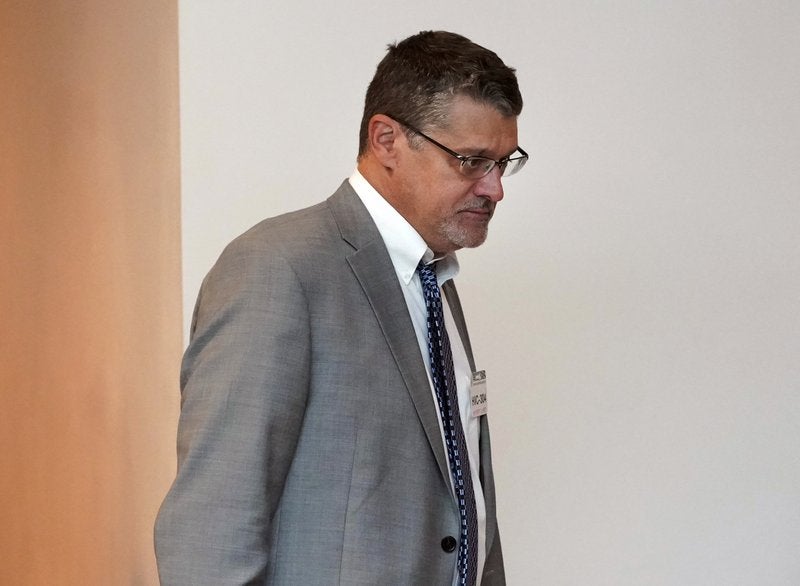 FILE - In this Nov. 14, 2017, file photo, Glenn Simpson, co-founder of the research firm Fusion GPS, arrives for a scheduled appearance before a closed House Intelligence Committee hearing on Capitol Hill in Washington. Simpson and Peter Fritsch, the co-founders of the political research firm behind allegations about President Donald Trump's ties to Russia, have a book coming out next month. Random House announced Monday, Oct. 14, 2019, that "Crimes in Progress" will be published Nov. 26. (AP Photo/Pablo Martinez Monsivais, File)
by:
Posted: Oct 14, 2019 / 06:07 AM EST / Updated: Oct 14, 2019 / 06:07 AM EST

NEW YORK (AP) — The co-founders of a political research firm behind allegations about President Donald Trump’s ties to Russia have a book coming out next month.

Random House announced Monday that “Crimes in Progress: Inside the Steele Dossier and the Fusion GPS Investigation of Donald Trump” will be published Nov. 26. The book was co-written by Fusion GPS founders Glenn Simpson and Peter Fritsch.

Random House is calling “Crime in Progress” a “never-before-told inside story” about Trump and Russia and the investigation into whether his campaign colluded with Russia during the 2016 election.

Fusion GPS helped compile the so-called Steele Dossier, by former British spy Christopher Steele, who in his findings contended that the Russian government held compromising information on Trump. In his tweets, the president has attacked the dossier as “FAKE.”