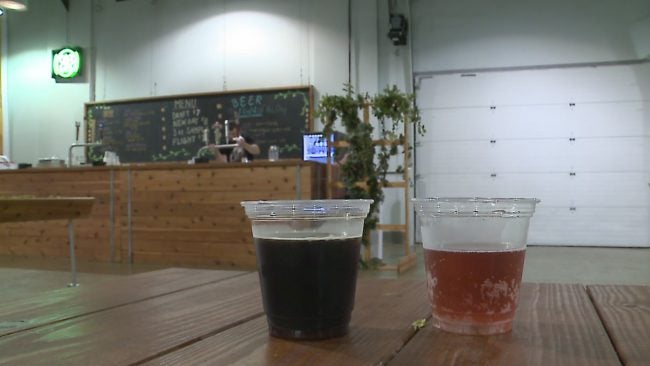 INDIANAPOLIS (WISH) – For more than 60 years, you couldn’t find a single drop of alcohol at the Indiana State Fair.

In 2014, that changed with the beer and wine exhibit. This year, people will find alcohol being served right next to the free stage.

Inside the coliseum at the fairgrounds, you won’t find any bands or singers but there still plenty of dancing and prancing as 4-H participants ride their horses across the direct covered floor.

“I think that they’re kind of giving back to the 4-H’ers a little bit,” said Syreeta Bravo whose daughter is participating.

This year, livestock shows and animal exhibits took over the coliseum meaning the concerts were pushed outside to the free stage. And joining them is all of the booze concert goers were allowed to enjoy.

“I would like to know exactly how they plan on managing and limiting the alcohol consumption because I would want it to be limited,” she said.

Fair spokesperson Lesley Gordon said drinkers will have to wear a wrist band. There will also be a designated drinking area meaning people can’t wander off with a beer towards the Midway.

“We’ll have security there to make sure that people understand exactly where they can remain,” said Gordon.

How often you fill your cup is up to you. Just like the beer, wine, and spirit exhibit, there is no drink limit.

Servers will have to use their discretion to determine if someone has had a few too many.

“We serve alcohol on the fairgrounds year round and those are some of the same vendors so they are very experienced and prepared to monitor everyone’s safety as best they can,” said Gordon.

Those watchful eyes are something Bravo can appreciate.

Hard alcohol is also a new addition at the fair and will be served at the free stage.