Borden files for bankruptcy amid drop in US milk drinkers 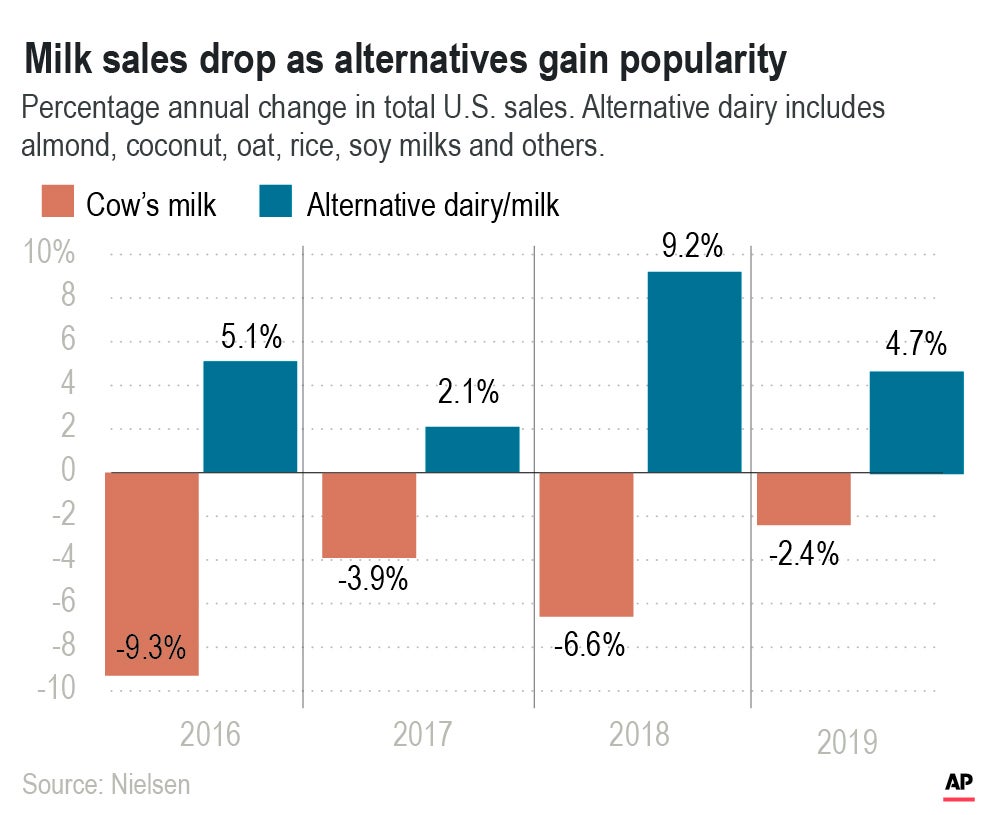 (AP) – Borden is filing for bankruptcy protection, the second major US dairy to do so in as many months.

American refrigerators are increasingly stocked with milk substitutes made from soy or almonds, hammering traditional milk and cheese producers like Borden, founded in 1857.

Dean Foods, the nation’s largest milk producer, filed for bankruptcy protection in November. Both dairies are based in Dallas.

Borden Dairy Co. — whose smiling mascot Elsie the cow first appeared on milk cartons in the 1930s — says it will continue operations during its financial restructuring.