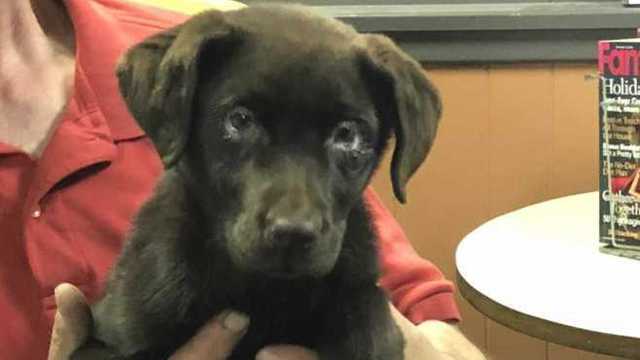 SALEM, Ohio (WKBN) – A weeks-old puppy was thrown Thursday from a vehicle — in front of a truck — in Salem but survived, according to the animal shelter that’s caring for it.

Steve Sacco, founder of Alchemy Acres in Salem, said it happened Thursday morning. A woman brought the puppy to the shelter after calling police.

She said she was driving to work on Route 558 near Franklin Square, Ohio, when she saw someone throw a box out of a vehicle in front of a truck. The truck driver did not have time to stop.

Sacco said a puppy fell out of the box midair and was not hit by the truck, but the box was. The woman said two other puppies in the box did not survive.

Sacco said the puppy was getting medical treatment but appeared to be in fine health.

The only issue is with the puppy’s eyes. Sacco was unsure if it was road rash or a condition that will have to be medicated.

The puppy seems to be 6 weeks to 7 weeks old.

Sacco said he plans to follow up with police.