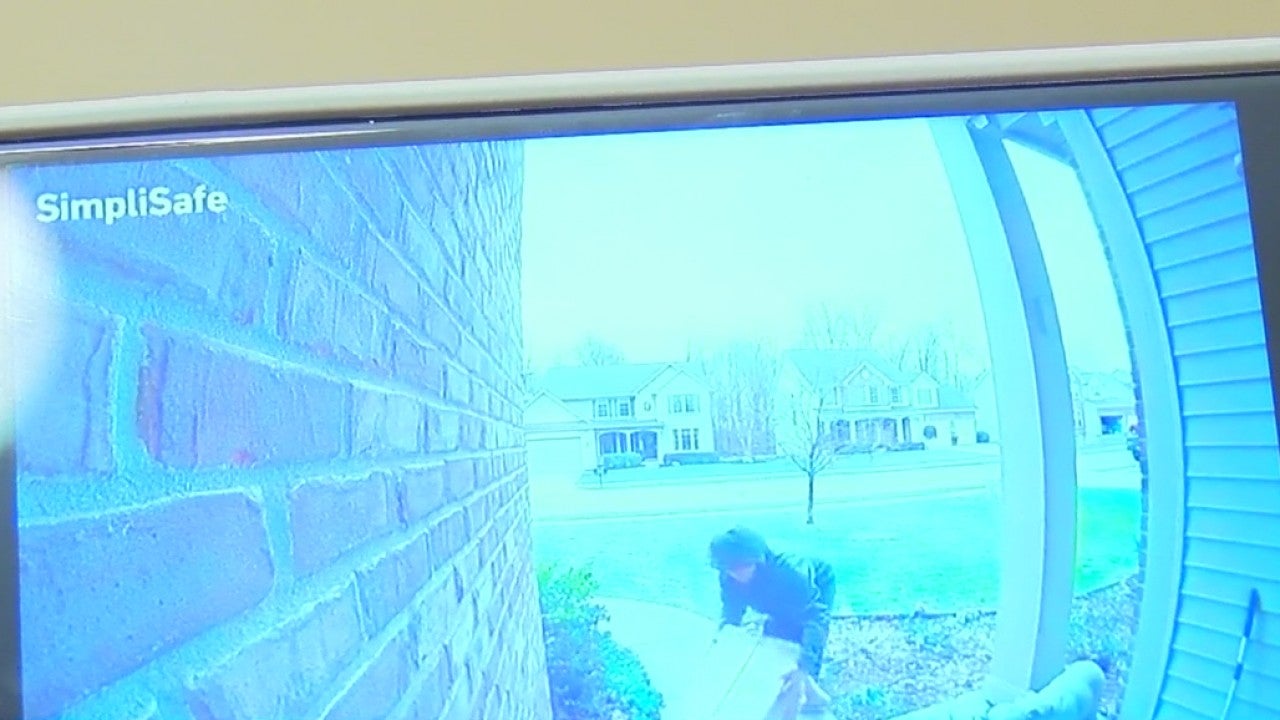 BARGERSVILLE, Ind. (WISH) — Police are looking for three people accused of stealing packages from porches in Bargersville, and at least one suspect appears to be a child.

At least two other people were seen helping snatch deliveries in broad daylight, according to Bargersville police.

Police say it happened around 2:45 Sunday afternoon. Security video showed a boy run up to a door in a Bargersville neighborhood and steal a package.

“This is not a typical thing that we normally see,” said Jeremy Roll, public information officer with Bargersville Police Department.

Other security footage shows another suspect in a pink sweatshirt going house to house.

“They both piled back into a blue car that was driving by,” said Roll.

Police say the suspects had a getaway driver, but it was not clear on Monday night what relation that person had to the suspected thieves.

“I just really can’t believe you would have someone, your kids even, be put up to that,” said neighbor Cammey Rich.

Police say they already know of a few houses the suspects hit.

“We know of at least three. I am pretty certain there is going to be more come up as people start to come home,” said Roll.

This isn’t the first time the Somerset neighborhood has had to deal with thieves, which is why many people who live there say they have invested in security cameras.

“You’re worried, you feel like you have to be home at all times, constantly monitoring. Every time you get a notification from Ring, you have to check your door, make sure no one is out there stealing it,” said Rich.

Police say those cameras have greatly helped their investigations.

Neighbors say it was shocking to see the vandals act in the middle of the day when many people were home.

“You think you live in a nice neighborhood, and you just never know what people’s intentions are,” said Rich.

Police describe one of the suspects as a white male between 5-feet-6 and 5-feet-8, wearing a gray hoodie, dark shorts and white slides.

The getaway car was described as a blue Chevy Impala or Malibu with a spoiler on the back.