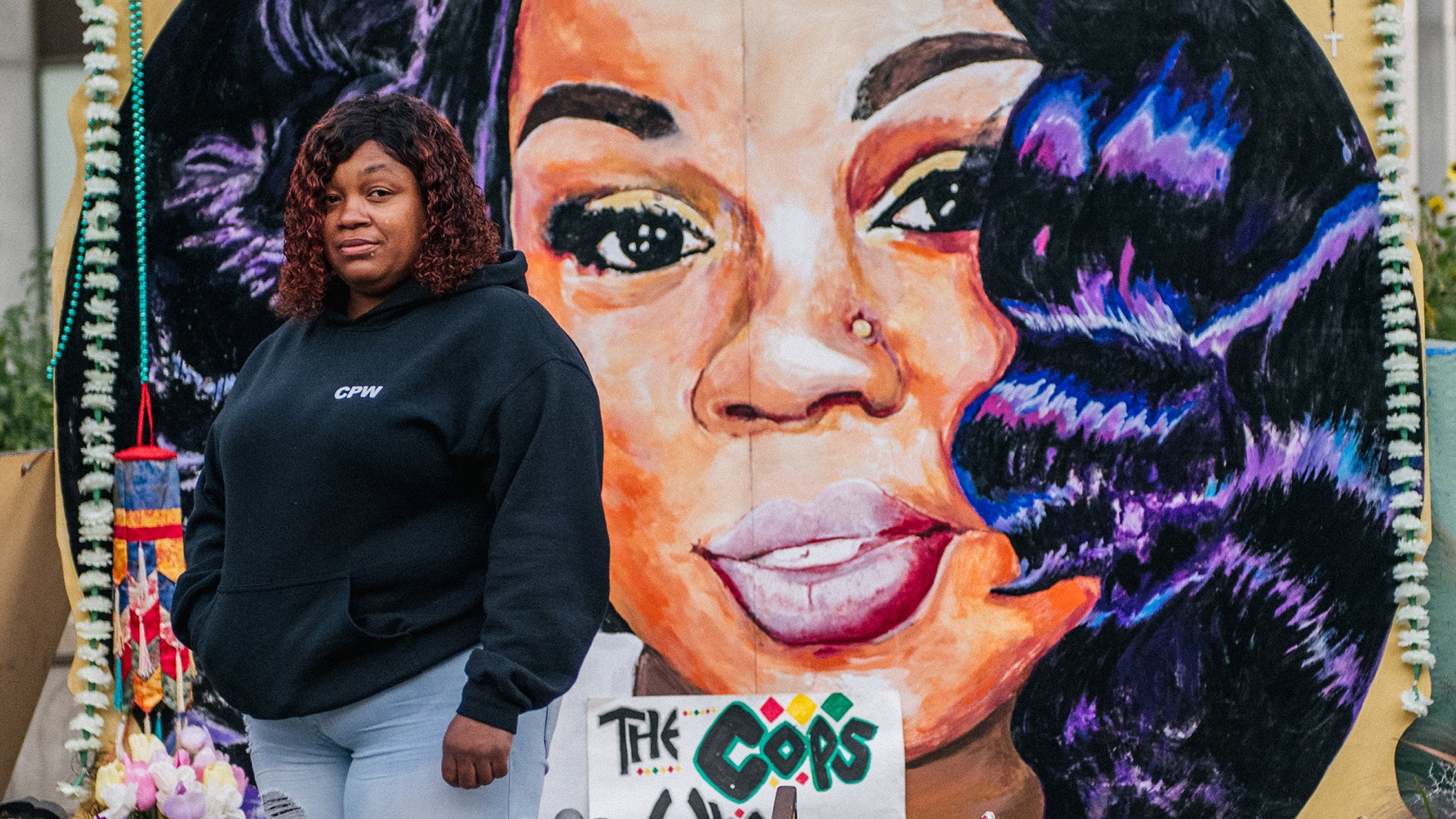 LOUISVILLE, KY - SEPTEMBER 21: Tamika Palmer, mother of Breonna Taylor, poses for a portrait in front of a mural of her daughter at Jefferson Square park on September 21, 2020 in Louisville, Kentucky. Demonstrators gathered to prepare for possible unrest in wake of the Grand Jury decision regarding the officers involved in the killing of Breonna Taylor. Taylor was fatally shot by Louisville Metro Police officers during a no-knock warrant at her apartment on March 13, 2020 in Louisville, Kentucky. Demonstrators have occupied the park for 118 days. (Photo by Brandon Bell/Getty Images)
by: Giulia Heyward and AJ Willingham, CNN
Posted: Dec 17, 2020 / 12:30 PM EST / Updated: Dec 17, 2020 / 12:30 PM EST

Palmer penned an open letter to President-elect Joe Biden in a full page ad that ran in a weekday edition of the Washington Post, asking Biden to hold police accountable by enacting a list of measures and policy changes to address police brutality once he is sworn into office.

Taylor, 26, was shot and killed by Louisville police in a botched raid in March, and her death has been one of the enduring tragedies motivating this year’s elevated calls for racial justice and police reform.

“Her murder sparked protests across America and inspired activists to demand accountability in policing across the nation,” Palmer wrote in the letter. “So far, we have seen none.”

Louisville Police Chief Steve Conrad announced his retirement in May amid growing pressure around the case, and was later fired. A grand jury eventually brought three charges of wanton endangerment against Brett Hankison, one of the three officers on the scene at the time of Taylor’s death.

But so far, none of the officers have been charged with her murder.

In her letter, Palmer also discusses Biden’s campaign, in which he publicly pledged to combat institutional racism and reestablish a police oversight committee. Black voters in major cities were instrumental in Biden’s victory in states such as Georgia, Pennsylvania and Michigan. The Breonna Taylor Foundation also offered free rides to Louisville voters to polling sites.

“For many Americans, a vote for you was a vote for Breonna, Jacob Blake, Casey Goodson and so many others who have been failed repeatedly by the criminal justice system under the current administration,” Palmer wrote.

The letter ends with a list of suggestions for Biden to enact, including appointing people to the Department of Justice with a track record of addressing police brutality, reopening brutality cases that weren’t completed before the Obama administration ended, ordering large scale federal investigations into cases such as Taylor’s and investigations into police departments with high police brutality cases.

“We need your actions to show that you are different than those who pay lip-service to our losses while doing nothing to show that our loved ones’ lives mattered,” Palmer wrote.

The letter also directs readers to a website where they can see the full-length ad and find a list of demands for the Biden administration. The initiative is a part of the Grassroots Law Project, which was co-founded by Shaun King and Lee Merritt.

The Biden administration has yet to publicly respond to Palmer’s letter.