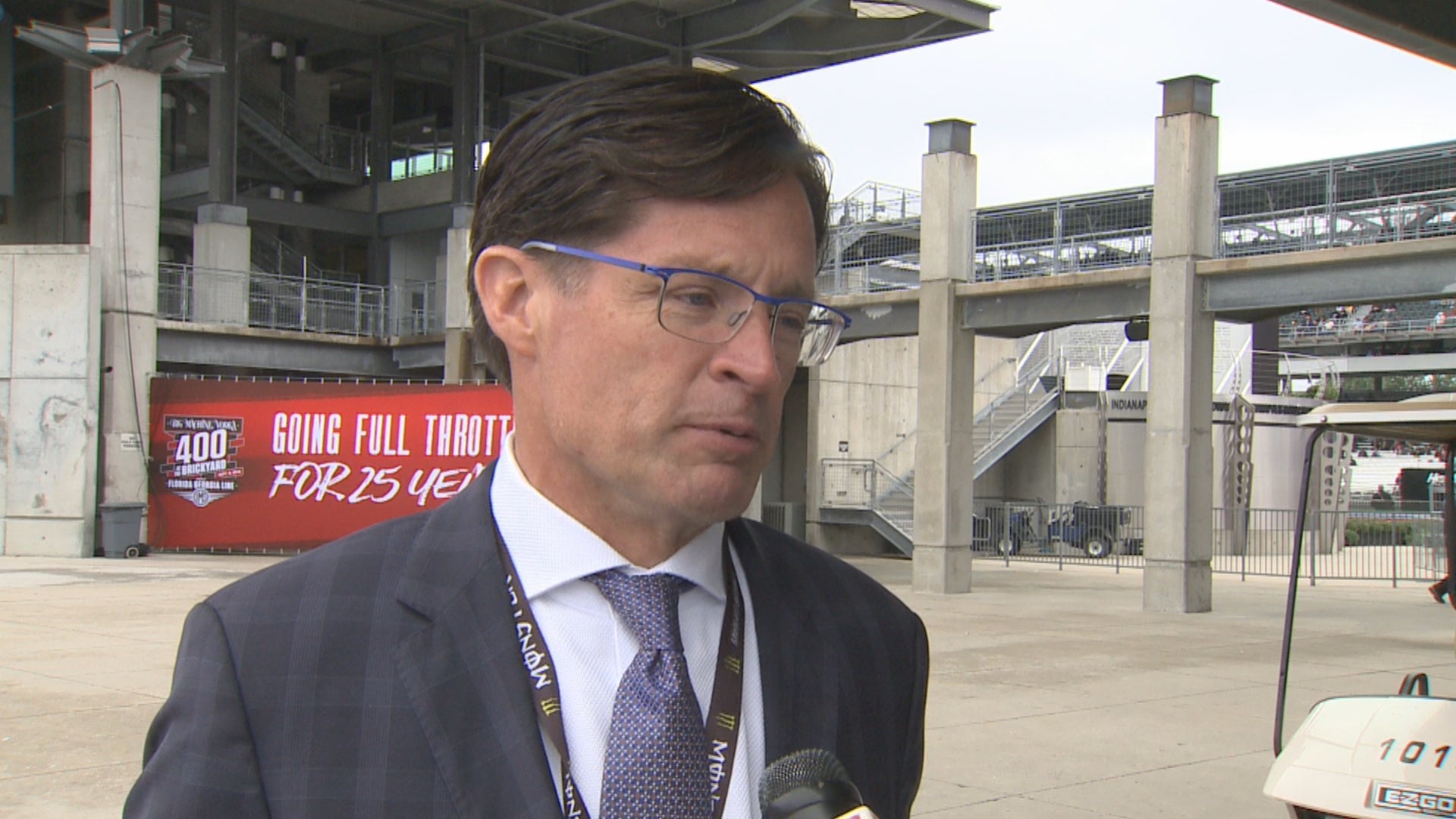 SPEEDWAY, Ind. (WISH) — Rain delays put a damper on attendance for two NASCAR races Monday but resulted in a historic day at the Indianapolis Motor Speedway.

The Brickyard 400 and the Lilly Diabetes 250 — originally planned for Saturday and Sunday, respectively — were both rescheduled to Monday, resulting in the most miles raced in a single day in IMS history.

The record-breaking day wasn’t enough to pack the stands, but it was enough for racing fan Chris Gardner to use a vacation day at work.

“This is my happy place,” Gardner said.

“You get to see two races in one day,” Gardner’s friend, Dallas Kendall, said. “How many chances do you get to do that?”

The IMS staff does not reveal the final attendance for any major race, but IMS President Doug Boles said more than 7,500 people shuffled into the grandstands within an hour of the gates opening at 9 a.m.

“Most (staff) were not planning on coming in and other people had full-time jobs, so really trying to get the staffing so we could get the gates open and the concession stands open, that’s the biggest challenge,” Boles said.

It’s a challenge the IMS team conquered. The staff also cleaned up quickly so fans like Jim Schnider did not have to put up with too much mud.

“I called my boss and he had someone to cover for me. He knew how bad I wanted to be here,” Schnider said.

Boles said the Brickyard is booked at IMS for at least the next two years. He expects NASCAR to renew the deal.

Boles said the last time IMS postponed a major race was 1997, when storms pushed the Indianapolis 500 back to Monday. The race was completed the following Tuesday after another rain delay.