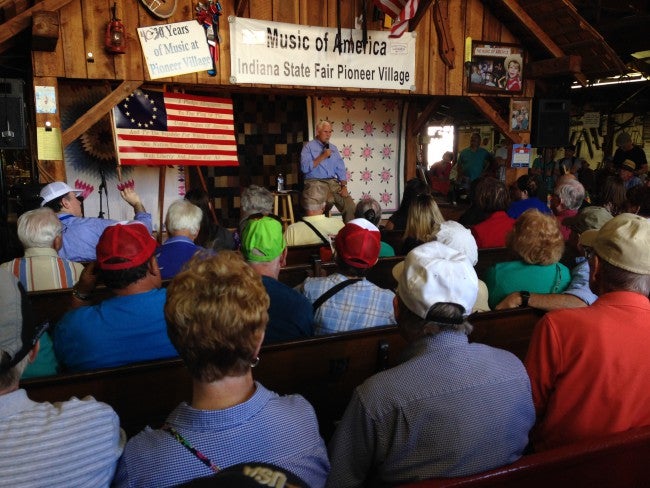 INDIANAPOLIS (WISH) – Gov. Mike Pence said that he may be willing to spend part of the state surplus to improve roads.

It’s a reaction to the closure of the Lafayette bridge on I-65.

It may also be a reaction to Indiana Democrats who again accused the Republican governor of ignoring problems that include the Lafayette bridge. The Democrats say his priorities are out of whack.

Meantime, the governor told a town hall meeting at the State Fair that he expects the 2017 budget session of the General Assembly to be what he called “an infrastructure session.”

Afterward he said that he hopes a public timeline of when the Lafayette bridge will be reopened can be released soon.

He said the bridge is likely sinking as a the result of construction work that damaged an aquifer and also said that the bridge was scheduled to be replaced next Spring.

“The economic impact is very significant,” Pence said. “This is a major artery of commerce for the state of Indiana and we’re gonna work 24/7 to determine how quickly we can get that back open to the public.”

Yet, at the town hall meeting he also repeated that education is his top priority.

As for spending some of the state surplus on roads and bridges, he said no decision has been made but it’s under consideration.

By and large it was a friendly crowd but his policies were challenged by three people and one of them was concerned about a lack of road funding.