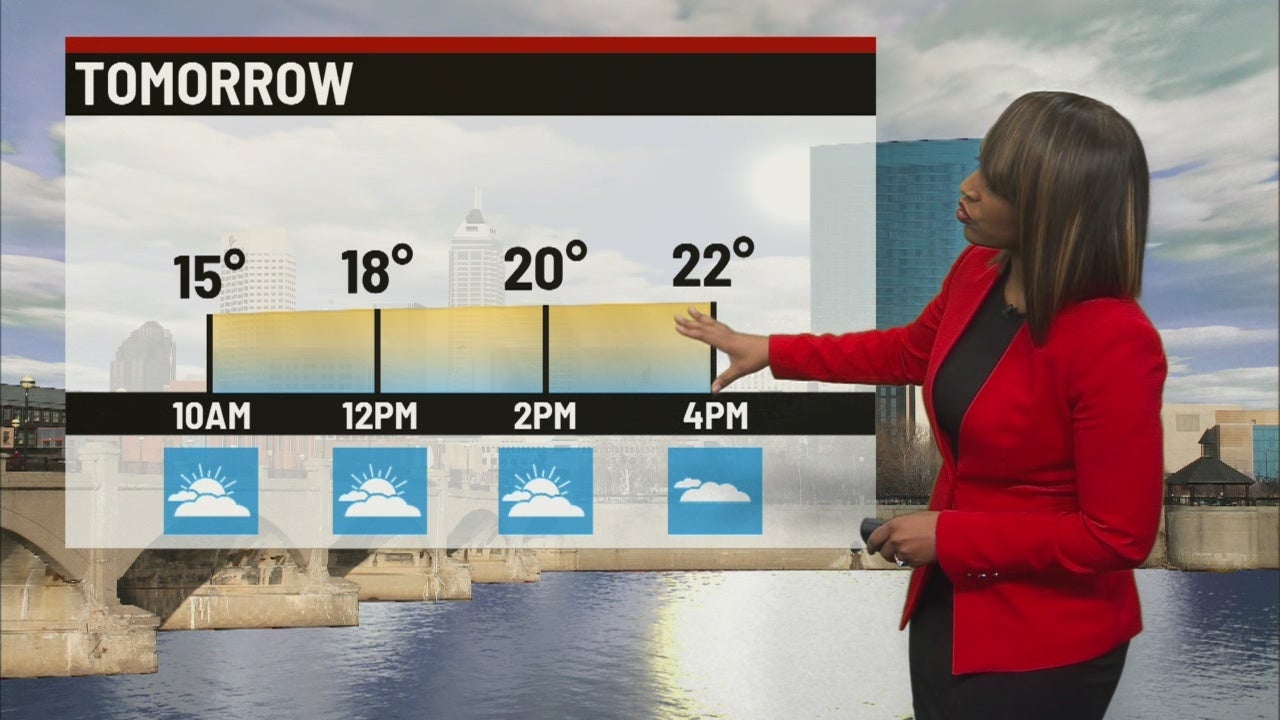 INDIANAPOLIS (WISH) — Near record-setting cold temperatures hang around for the start of the work week.

A quiet but cold night across central Indiana. The record low for Tuesday morning is -1, so we should be safe from hitting that. But lows will likely fall to the single digits across the entire area. Wind chill readings will hover around zero for the morning drive.

Another cold but sun-filled day is on tap. Highs will only top out in the lower 20s, running a good 20-25 degrees below average for early March.

The next system of interest will roll in Thursday into Friday. It’ll likely be cold enough to support all snow as the system races in from the northwest. Some accumulation will be possible with this system, but it’s too early to pin down numbers at this point.

We’ll see a nice boost in temperatures heading into the weekend, as highs return to near 50. Wind-whipped rain with a few thunderstorms will be possible Saturday and Sunday.